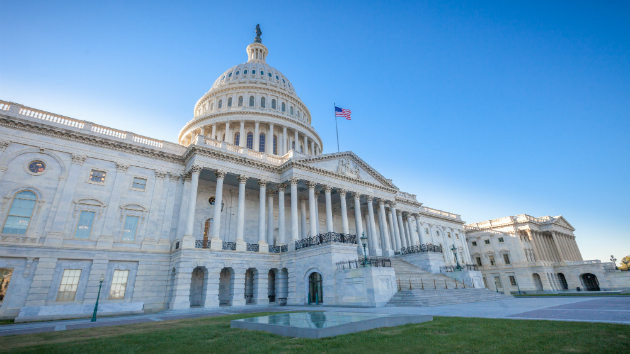 dkfielding/iStock(WASHINGTON) — After a year rocked by the #MeToo movement and months of negotiations, Congress is on the verge of reforming its own sexual harassment regulations.
House and Senate negotiators reached an agreement Wednesday to overhaul congressional regulations governing sexual harassment, clearing the way for a vote on the measure in both chambers over the next two weeks, before Congress adjourns for the year.
Under the terms of the compromise announced Wednesday, members of Congress would be held personally liable for sexual harassment and retaliation settlements, requiring them to reimburse the Treasury. It would also publicly identify members of Congress who settle harassment claims, along with any settlements.
“I think it will send that message that there is zero tolerance for bad behavior,” Rep. Gregg Harper, R-Mississippi, the chairman of the House Administration Committee, told ABC News.
The agreement would also extend harassment protections to unpaid staff, including interns and congressional fellows, and create an electronic system for processing sexual harassment claims.
The deal announced by Sens. Roy Blunt, R-Missouri, and Amy Klobuchar, D-Minnesota, split from the House-passed overhaul legislation on several key provisions: Lawmakers will not be on the hook for discrimination settlements, and congressional staff who come forward with claims will not be provided free legal counsel, as the House bill mandated.
Rep. Jackie Speier, D-California, one of the leaders on the House bill earlier this year, is working to introduce bipartisan legislation in the next Congress that will include the provisions that didn't make it into the Senate bill, according to an aide. She is also exploring whether some of those provisions could also be implemented in the House rules for the next Congress.
Congress has already made a number of changes to policy this year to address concerns about sexual assault and workplace harassment, including requiring mandatory anti-harassment training for members, staff, interns and congressional fellows in each session of Congress.
A handful of members of Congress have stepped down or retired this year as a result of sexual harassment and misconduct allegations. In recent years, Congress has spent hundreds of thousands of dollars in taxpayer funds spent to settle sexual harassment claims.
Copyright © 2018, ABC Radio. All rights reserved.

Lawmakers say Amazon reps, including Jeff Bezos, misled or ‘may have lied to Congress’
Biden embraces Trump accords, but struggles with his withdrawal from Iran nuclear deal amid growing threat
Gymnasts call on Congress to dissolve US Olympics board over Larry Nassar case
Democrats will reach a deal on Biden’s agenda: Hillary Clinton on ‘The View’
Senate reaches last-minute deal to avert government shutdown
Treasury secretary warns of ‘calamity’ if Congress doesn’t raise debt limit