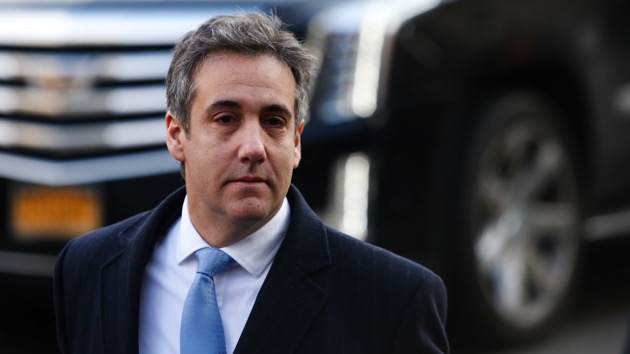 Eduardo Munoz Alvarez/Getty Images(NEW YORK) — Federal prosecutors in the Southern District of New York announced Wednesday they have reached an agreement with American Media Company, Inc. (AMI), the publisher of the National Enquirer, in connection with a payment made during the campaign meant to silence a woman who claimed to have had an affair with Donald Trump in 2006.
“As a part of the agreement, AMI admitted that it made the $150,000 payment in concert with a candidate’s presidential campaign, and in order to ensure that the woman did not publicize damaging allegations about the candidate before the 2016 presidential election,” according to a press release issued by the Southern District of New York.”
Karen McDougal, a former Playboy Playmate, signed a $150,000 deal with AMI in August 2016 that transferred to the company the rights to her story of an alleged 10-month romantic affair with Trump in 2006.
In the agreement between prosecutors and AMI, which was signed on Sept. 20 but unsealed Wednesday, “AMI further admitted that its principal purpose in making the payment was to suppress the woman’s story so as to prevent it from influencing the election,” the press release read.
News of the AMI deal came less than an hour after Donald Trump's former lawyer, Michael Cohen, was sentenced to three years in prison for charges brought by prosecutors in the Southern District of New York.
Copyright © 2018, ABC Radio. All rights reserved.