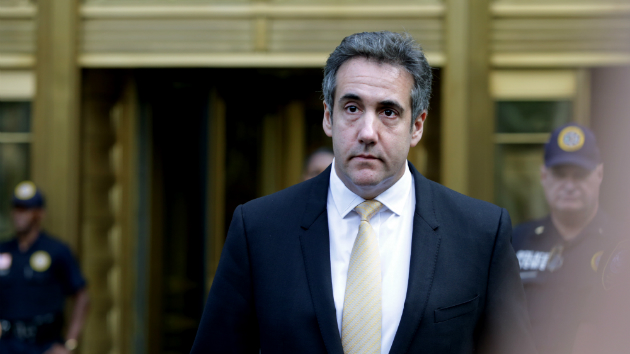 Cohen has pleaded guilty to all nine counts.
With the pounding of his gavel on Wednesday morning, U.S. Judge William Pauley in Manhattan will mark the conclusion of Cohen’s improbable journey from Trump’s legal counsel to perhaps the most potent vehicle for President Trump’s legal exposure.
For more than a decade, Cohen stood by Trump’s side as a personal attorney, fixer and confidante, famously proclaiming that he would “take a bullet for the president” and “never walk away.” But over the past year, as investigators targeted his personal finances, Cohen flipped on his former boss and cooperated in multiple investigations targeting Trump’s campaign and family business operations, including Mueller’s probe.
Cohen faces up to 63 months — or more than five years — in prison for the crimes committed, but Judge Pauley will consider a lesser sentence given Cohen’s cooperation with investigators.
Cohen has asked Judge Pauley to spare him a prison term, citing what he called the “gargantuan cost” the criminal investigation has already taken on him and his family, among other things.
But in court documents filed last week, federal prosecutors in New York argued Cohen should serve a “substantial term of imprisonment” for the crimes to which he has pleaded guilty.
The special counsel applauded Cohen’s “substantial and significant efforts to remediate his misconduct, accept responsibility for his actions, and assist the [special counsel’s office] investigation,” but did not take a position of their own with regard to Cohen’s sentencing.