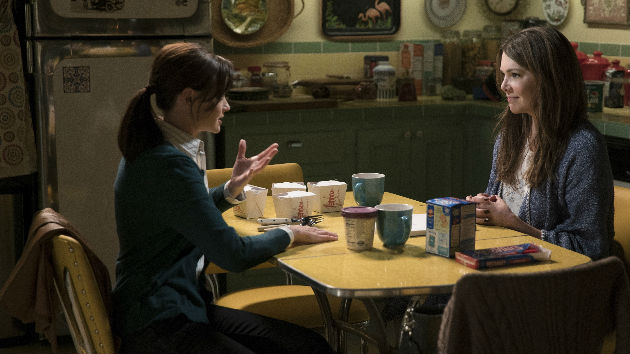 Saeed Adyani/Netflix(BURBANK, CA) — It’s the ultimate Christmas gift for Gilmore Girls fans.
This holiday season, visitors at Warner Bros. Studios in Burbank, California can check out the Stars Hollow home where Lorelai and Rory Gilmore lived in the beloved series. While there, you’ll be able to dine on a holiday-themed lunch and check out some of the show’s costumes and props.
Fans will also get the chance to stop by the town square and take a picture in the famed gazebo used in the show.
The Gilmore Girls experience is part of the Warner Bros. studio tour and will run from December 22 to January 6. Lunch can be purchased separately and will include foods like turkey, cranberry sauce and roast chicken. And hopefully enough coffee to make Lorelai and Rory proud.

Gilmore Girls, starring Lauren Graham and Alexis Bledel, originally aired on The WB and The CW from 2000 to 2007, and was revived for a four-part series on Netflix which debuted in 2016.