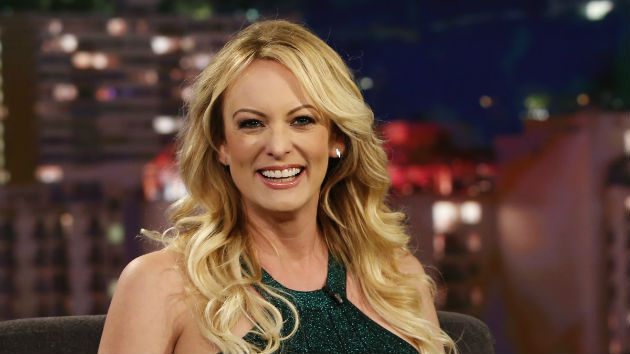 ABC/Randy Holmes(LOS ANGELES) — A federal judge in California ordered adult film actress Stormy Daniels to pay President Donald Trump just under $300,000 in legal fees on Tuesday after her defamation suit against the president was thrown out in October.
The judge’s ruling marks the latest legal setback for Daniels, whose real name is Stephanie Clifford, and her attorney, Michael Avenatti.
Earlier this year Daniels filed a defamation lawsuit against the president in New York, claiming Trump acted with "actual malice" and "reckless disregard for the truth" when he posted a tweet mocking her claim that she was threatened by an unknown man to keep silent about her alleged 2006 sexual encounter with Trump. The case was later transferred to federal court in California.
Trump has denied the sexual encounter ever took place.
In October, U.S. District Judge S. James Otero dismissed Daniels’ suit and characterized Trump’s tweet as "'rhetorical hyperbole' normally associated with politics and public discourse in the United States."
On Tuesday, Otero ordered Daniels to pay $292,052.33 in “attorneys' fees and costs.” Lawyers for Trump initially sought $389,000 in fees plus an equal amount in sanctions.
“The court’s order, along with the court’s prior order dismissing Stormy Daniels’ defamation case against the President, together constitute a total victory for the President, and a total defeat for Stormy Daniels in this case,” an attorney for Trump, Charles Harder, wrote Tuesday afternoon.

Avenatti sought to downplay Judge Otero’s ruling on Tuesday in a series of tweets: “Trump and his attorney's attempt to fool the public about the importance of the attorneys' fees in the defamation case, which are a fraction of what they owe my client in the main NDA case, is an absolute joke. People are smarter than that.”
Avenatti has already filed to appeal Otero’s October dismissal of Daniels’ case to the Ninth Circuit Court of Appeals, but it is not clear if he will seek to appeal the legal fees awarded to Trump on Tuesday.
Copyright © 2018, ABC Radio. All rights reserved.