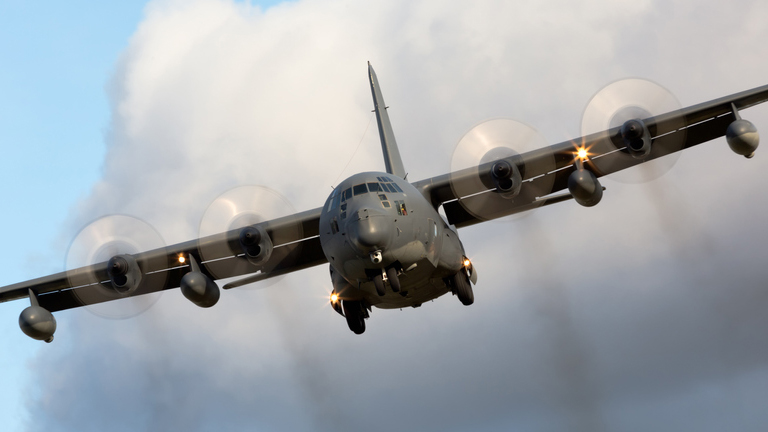 richardcalver/iStock(NEW YORK) — Meteorologists may have discovered what caused a mysterious blip in the weather radar in Illinois and Kentucky earlier this week.
On Monday afternoon, large blips that would usually indicate stormy weather flashed across the radar maps showing southern Illinois and western Kentucky, but there was neither a storm system nor a raindrop in sight, according to the National Weather Service, which described the radar at the time as "interesting."
The NWS later determined that "the leading theory" for the cause of the blip was chaff from an aircraft, which is a stream or cloud of radar-jamming material such as thin aluminum that is often used as a countermeasure during combat.
Wayne Hart, meteorologist for ABC Evansville, Indiana, affiliate WEHT-TV, tweeted that the chaff came from a military C-130 northwest of Evansville, citing an unnamed pilot who was given the information from the Evansville air traffic control.
The two military bases nearest to where the blip occurred denied that the C-130 came from their premises.
Major Martin Meiners, public affairs officer for the 101st Airborne Division for Fort Campbell in Hopkinsville, Kentucky, told ABC News that there are no units at that base that fly C-130s.
A spokesman for Scott Air Force Base in St. Clair County told the Evansville Courier & Press that the plane did not come from that base, either.
A representative for the Air Force did not immediately respond to ABC News' request for comment.

USC suspends fraternity after reports of ‘possible drug-facilitated sexual assaults’
Northern states see uptick in COVID-19 infections and hospitalizations as weather gets colder
Winter weather outlook: California drought could worsen, what else to expect
Tornado confirmed over weekend in Elk, Jefferson Counties
Strong wind, potential tornado caused damage over past weekend
In 2020, 62% of police deaths were caused by COVID: One officer’s story