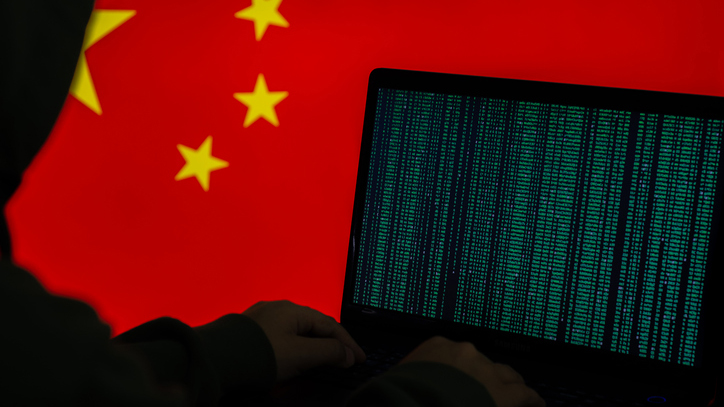 ilkaydede/iStock(WASHINGTON) — In the past six months alone, U.S. news outlets and other publications have unleashed several hundred articles spotlighting the robust cyber-espionage threat the U.S. says is emanating from China. Congress has also held open hearings on the matter, and Trump administration officials have traveled the country to publicly warn Americans of the growing danger.
But the message has yet to be sufficiently received, the FBI's top counterintelligence official told senators on Wednesday, during another congressional hearing on the issue.
FBI Assistant Director Bill Priestap said he is still "amazed at the lack of understanding of the gravity" of the threat among some of those being targeted the most by China.
"I believe this is the most severe counterintelligence threat facing our nation today," Priestap said during the Senate Judiciary Committee hearing. "What hangs in the balance is not just the future of the U.S., but the future of the world."
The committee's chairman, Sen. Chuck Grassley, R-Iowa, said public focus on "all things Russia" for the past two years has "distracted attention from arguably a greater, more existential threat: China's efforts to overtake the United States as the world's preeminent superpower in all phases of society."
Priestap and two other senior U.S. officials painted a dire picture of China's aim to overcome U.S. innovations through both legal and illegal means – leveraging everything from corporate takeovers, to cyber-espionage, to "leaning on" Chinese nationals in U.S. tech firms and at educational institutions.
Priestap noted that he "recently" visited three states to meet with business leaders there about the cyberthreat facing their companies.
"On the one hand, I was amazed at some of those business leaders' understanding of the way the threat is working today. On the other hand, with different business leaders, I was amazed at the lack of understanding of the gravity, capabilities [and] methodologies of China," he said.
Testifying beside Priestap, the head of the Justice Department's National Security Division, Assistant Attorney General John Demers, pointed to four ongoing court cases against Chinese nationals allegedly involved in plots to steal trade or military secrets from the United States.
Meanwhile, underscoring his own concerns, Priestap cited surveys showing that – when people around the world are asked to name the nation states presenting the biggest national security risks to the home countries – China is always "toward the bottom." And he said, "There's still work to be done by the U.S. government in messaging to the American people the gravity of the threat we're facing."
"Again, there are pockets of great understanding of the threat we're facing, and effective responses," he added. "But in my opinion, we've got to knit that together better. … We need more people in government, more people in business, more people in academia pulling in the same direction to combat this threat effectively."
The key, he said, is "raising awareness of the threat," including ensuring that business and academic institutions know how they're being targeted, and informing the public about security risks to their data and efforts by foreign governments to influence Americans online.
Wednesday's hearing came a day after a U.S. official told ABC News that the Justice Department is preparing additional indictments against Chinese cyber-spies, as first reported by The Wall Street Journal.
Past ABC News reports have detailed purported Chinese thefts of technology related to everything from advanced fighter aircraft to corn seeds.
China has repeatedly dismissed allegations of espionage and unfair economic practices.
"The Chinese government will neither encourage companies to carry out cyber theft for commercial secrets, nor take part in such activities," the Chinese Foreign Ministry said in July. "It is hoped that relevant parties can uphold the spirit of mutual respect and mutual trust, and have more dialogue and cooperation in the field of cybersecurity in a constructive manner."