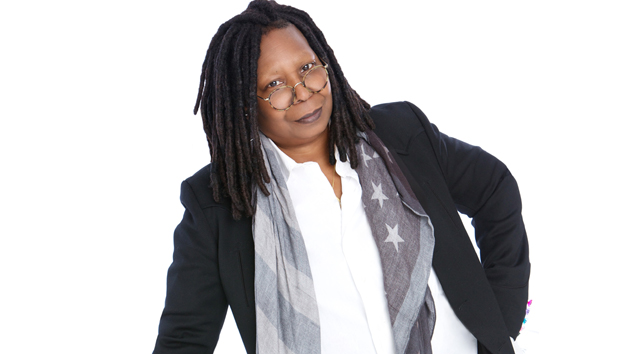 The Oscar winner and four-time former host of the Academy Awards said on Tuesday's The View that she's game to take the gig once more, after comic and actor Kevin Hart withdrew last week after homophobic tweets that he had written eight years ago resurfaced online.

The Academy of Motion Picture Arts and Sciences is now reportedly scrambling to find a replacement, and it's even considering a show without a host at all.

“If you want to go host-less, that's your prerogative,” Goldberg said Tuesday, then added, “I think it's a dumb idea. People need someone to take them through things. I think it needs to be somebody who loves the films."

Goldberg, who said she realized she "may not be anybody's first choice," also acknowledged she's not without controversy.

“I'm also problematic!” Goldberg said. “Half of the country is really mad at me, the other half is OK until tomorrow, and then they're pissed at me!”

“We've all over-corrected,” she said of the sensitivity to comedy many people have shown recently.

When co-host Joy Behar quipped that a host-less show could help shorten the broadcast, Goldberg responded: “I don't ever think there's anything you can do, really, to not make the show long. People come up and they make their speeches. This is the one shot that they get to do this! They've done something they've been trying to do their whole life! It's a huge deal to win an Oscar.”

Regardless of who hosts, the 91st Academy Awards will air Sunday, February 24, live on ABC.

Pennsylvania laboratory looking for missing portable nuclear gauge
Yvonne Orji to host Amazon’s ‘Yearly Departed’; Michael B. Jordan gushes over working with Denzel Washington
“I hope I never lose this feeling”: William Shatner was overwhelmed upon his return from space
‘The Amazing Race’ host Phil Keoghan said he can see the show going to space after Shatner flight
Jets and Falcons to face-off in NFL return to England
Larenz Tate promoted to series regular on ‘Power Book II’; Blair Underwood to return to ‘L.A. Law’ sequel