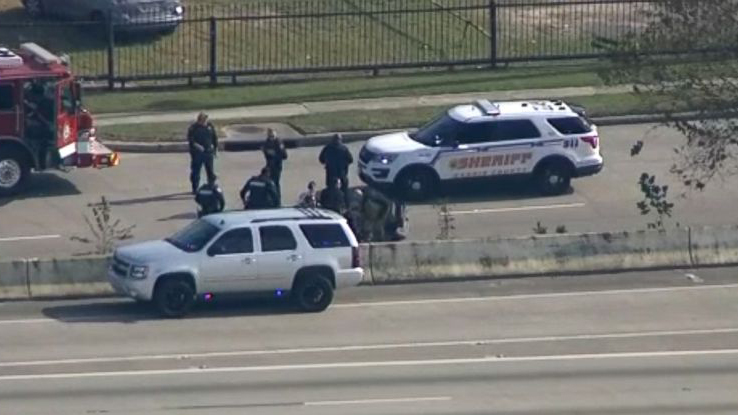 KTRK-TV(HOUSTON) — A sheriff's deputy and two officials from the Texas attorney general's office were shot while trying to serve a felony warrant at a home in Houston, authorities said.
The three victims were hospitalized but are "are awake and alert" and expected to survive, Harris County Sheriff Ed Gonzalez tweeted.
Five agents from the attorney general's office and two sheriff's office investigators arrived at the home to serve the warrant at about 12:50 p.m. Tuesday, Edison Toquica, chief deputy for the Harris County Sheriff’s Office, told reporters.
The suspect started shooting when they reached the threshold of the door, Toquica said, and the officers returned fire.
A suspect is barricaded inside the house, Toquica said.
"Deputies secured the scene with a strict perimeter," he said. "It is an active scene at this time."
The warrant, for violation of a protective order, stemmed from "aggravated assault, family violence," Toquica said.
A second suspect is in custody, Gonzalez tweeted Tuesday afternoon.

This story is developing. Please check back for more updates.