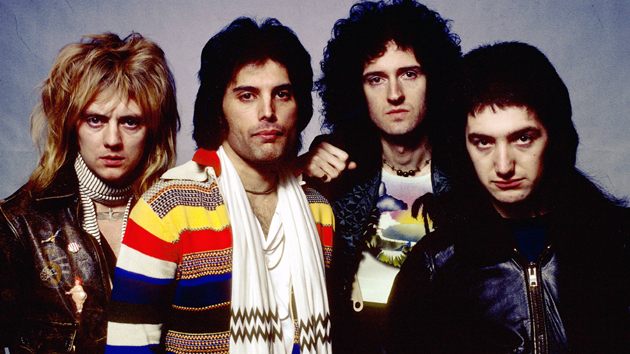 Richard E. Aaron/Redferns(NEW YORK) — Given its enduring popularity, it should surprise no one that rock band Queen's "Bohemian Rhapsody" is one of rock's most-streamed songs. But as of today, the 43-year-old magnum opus is the most-streamed song of any genre from the 20th century, according to the band's label, Universal Music Group.

Be careful to note that "from the 20th century" distinction, though, meaning the 1975 classic is the most-streamed of the songs released pre-millennium. UMG says "Bohemian Rhapsody" surpassed 1.6 billion global streams, including views of its official video, which also makes it, they say, the most-streamed classic rock song of all time.

As impressive as those streaming numbers are, however, they fall far short of the massive streaming totals for 21st century artists like rapper Drake, pop superstar Taylor Swift and others.

Even so, that makes "Bohemian Rhapsody's" achievement no less impressive, especially considering the 20th century classic rock competition it was up against. It's also no accident: The song received a massive publicity push and renewed global exposure in the run-up to the November release of the Queen biopic Bohemian Rhapsody, now in theaters.

First released in 1975, "Bohemian Rhapsody" topped the U.K. singles chart for nine weeks then, and again following led singer and songwriter Freddie Mercury's death in 1991. It also charted twice in the U.S., hitting #9 in 1976 as the band's first U.S. top-10 hit, and then re-charting and peaking at #2 in 1992 after it was featured in the hit movie comedy Wayne's World.