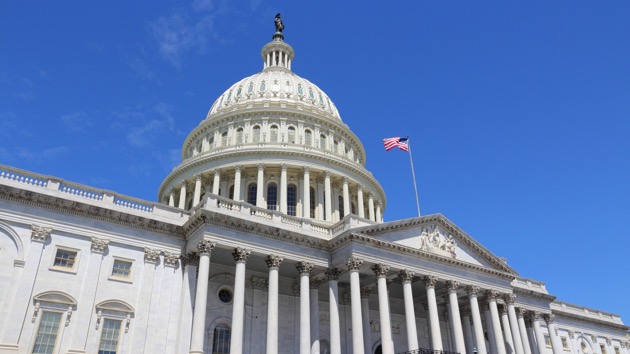 tupungato/iStock(WASHINGTON) — As she works to lock down the few remaining holdouts against her bid to reclaim the House speaker’s gavel, Nancy Pelosi and the loudest critics of her succession plan have begun discussing instituting term limits for caucus and committee leaders, according to Democrats familiar with the conversations.
While Democrats decided to postpone discussion of term limits in their weekly caucus meeting on Tuesday, according to an aide in the room, the conversations have prompted a sensitive debate in the larger caucus, dominated by long-serving Democrats, with all but one committee set to be controlled by veteran ranking members of the party.
Pelosi, in public and private, has resisted putting an end date on her potential speakership, arguing that it would make her a less effective leader.
But she has signaled willingness to discuss term limits for leadership positions, telling reporters last Thursday that she’s “always been sympathetic to the concerns that have been expressed by our members on the subject.”
The conversation is a delicate one for House Democrats. While House Republicans have limited committee chair service to three consecutive terms, Democrats operate on a seniority-based system, which some minority members argue has helped them advance and gain influence.
On Monday night, prominent members of the Congressional Black Caucus criticized the prospect of possible term limits ahead of internal caucus deliberations.
“To take this up now when we are in the majority, we have so much work to do, they have not governed for the last two years. That has to be our priority,” said Rep. Karen Bass, D-California, the incoming chair of the Congressional Black Caucus. “We don’t need to take up an issue that’s going to cause us to have conflict with each other.”
Rep. Ed Perlmutter, D-Colorado, a Pelosi critic who has been negotiating with her on the subject, declined to comment on the prospect of a deal on Monday evening.
Other Democrats familiar with the discussions say a deal — which would need to be approved by the Democratic caucus — is unlikely to win the support of every Pelosi critic, including incumbents and incoming freshmen. But it would ideally convince enough of the incumbent holdouts to support her to secure her path to the speakership.
One possible proposal would cap caucus leadership positions at three terms (six years), after which point chairs would need a majority of support from the committee to win reelection, according to a Democratic source familiar with the internal discussions among Pelosi’s critics.
It’s unclear if Reps. Steny Hoyer, 79, and Jim Clyburn, 78, Pelosi’s long-serving lieutenants, would support such an arrangement. Both Hoyer and Clyburn served as majority leader and whip when Democrats last controlled the House, and are on track to do the same in January.
With Democrats set to gain 40 members in January, Pelosi can only afford to lose 17 votes on the floor vote for speaker and still win the gavel. Pelosi won the closed-door speaker vote among House Democrats 203-32, and roughly 20 Democrats have vowed to oppose her on the floor.
“There’s a balance I think that has to be struck,” said Rep. Mark Takano, D-California, who is on track to become the next chair of the House Veterans Affairs Committee after Rep. Tim Walz, D-Minnesota, the ranking member, won the Minnesota gubernatorial race. “Our problem is succession.”
“I don’t think anybody wants to see chaos on January 3rd, and I think that’s what you’re seeing,” Takano, who supports Pelosi, said of members trying to reach an agreement before the speaker vote. “I want a strong speaker to be able to move decisively and to be able to bring the caucus together.”
John Lawrence, Pelosi's former chief of staff and the author of "The Class of '74: Congress After Watergate and the Roots of Partisanship," said Democrats would have to carefully weigh the value of possibly limiting the service of their leaders.
"A lot of legislation takes time to develop. A lot of the effectiveness of leaders comes from the gravitas they bring," he said. "I don’t think the House wants to straight jacket itself."
Copyright © 2018, ABC Radio. All rights reserved.