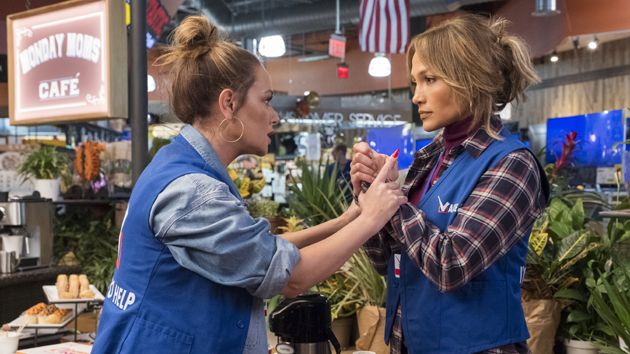 The former King of Queens star told ABC's Good Morning America on Tuesday how annoyingly perfect the singer, actress and businesswoman is in real-life. She says the two became fast friends when Lopez was married to Marc Anthony. They met at a film premiere years ago.

"I was hoping she's not as pretty in real life," Remini joked, then added: "Perfection."

Remini continued: "Then my husband says … 'she really does have flawless skin,'" Remini said with a laugh, joking that her husband's been in the dog house ever since that comment.

Remini said she was hoping maybe Lopez would be mean.

The duo have been besties ever since. Remini, who's been featured in hit movies like Old School, said it was a joy to work with Lopez on their new film comedy, Second Act.

"She was so loving and supportive," said Remini. "We had a great time making this movie."

Lopez let Remini dish out her own brand of slapstick comedy while filming, and actually slapped Lopez in a scene to get a real, genuine reaction.

"I was just being me and they allowed me to do my thing," she said.