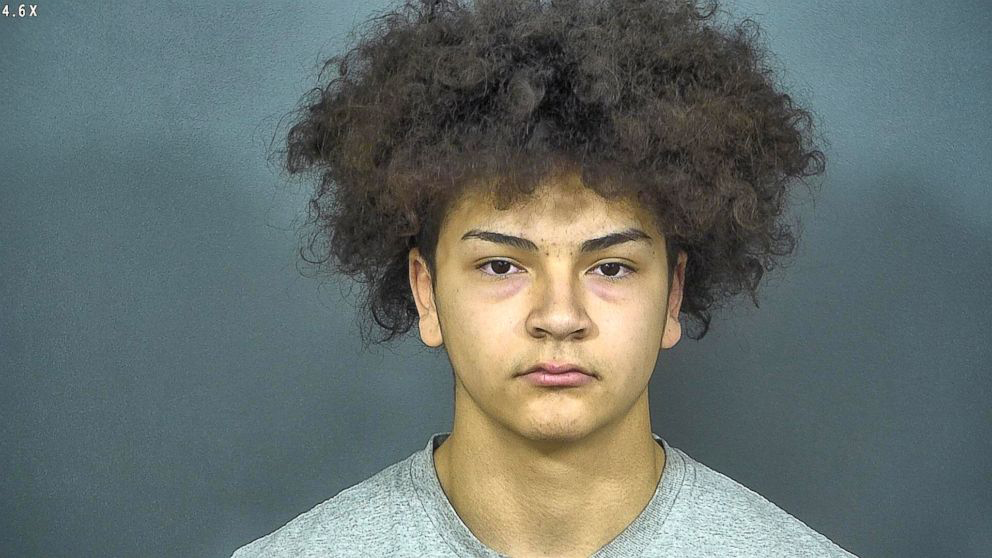 St. Joseph County Prosecutors Office(SOUTH BEND, Ind.) — A 16-year-old Indiana high school football player arrested in the stabbing death of a classmate pregnant with his child pleaded not guilty to murder charges Tuesday.
Aaron Trejo, 16, is charged as an adult in the killing of 17-year-old Breana Rouhselang, who was six months pregnant. Her body, stabbed multiple times, was found in a dumpster near her home in Mishawaka, Indiana.
Trejo was arraigned Tuesday afternoon via video conference in St. Joseph County Superior Court in South Bend and pleaded not guilty to one count each of murder and feticide.
Trejo listened calmly as a judge read the charges against him before asking him to enter his plea.
The judge ordered that he be held in jail without bond pending a Dec. 19 hearing.
Trejo allegedly admitted to investigators that he stabbed Rouhselang in the heart with a knife Saturday night after they argued over her pregnancy, according to a charging document.
He allegedly told police that he went to Rouhselang's house with a knife "because he thought it would kill Breana quickly," according to the charging document.
"I took action….I took her life," Trejo allegedly told police, the affidavit states.
Roushelang's mother woke up around 1 a.m. Sunday and became concerned when she didn't find her daughter at home, according to the court documents. She went to Trejo's home several blocks from her house, but Trejo said he didn't know of Breana's whereabouts.
The mother then called the police to report her daughter missing, police said.
An autopsy determined that Breana died from multiple stab wounds and that she had been strangled with her own scarf.
Trejo allegedly told detectives that he planned for a week to kill Breana because she had waited to tell him about her pregnancy until it was too late for her to get an abortion, according to the charging document.