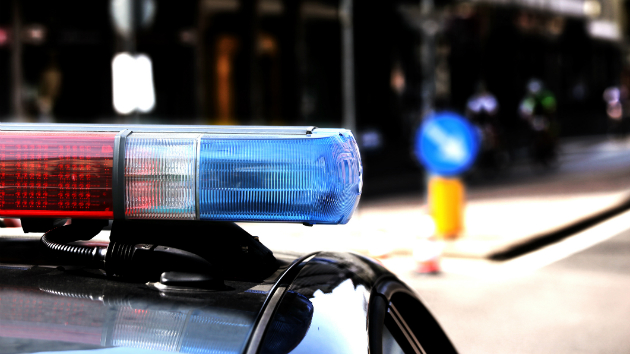 ChiccoDodiFC/iStock(ROME) — A teenage boy was being held in connection with the stampede at a disco in Italy that killed six people, including five children, prosecutors for the regional and minors said Monday.
Seven other people — three managers of the disco and four owners of the building — were also being investigated in the incident, which occurred Friday night in a town east of Florence.
Speaking at a press conference in Ancona on Monday, Giovanna Leboroni, a prosecutor for the regional minors court, confirmed that the boy was being investigated for having sprayed a substance in the disco Friday night.
Leboroni did not provide any further details. But she added that even though three witnesses identified the boy, "much investigative work still needs to be done."
Officials did not give the name of the boy or the other people being investigated.
The stampede occurred at the Laterna Azzurra in Madonna del Piano id Corinaldo — which is located in the province of Ancona, a seaside town on Italy's eastern coast — ahead of a concert for Italian rapper Sfera Ebbasta.

Panic erupted when what many described as an acrid smell started permeating the disco between midnight and 1 a.m. local time, according to Italian news agencies. Some compared it to mace or pepper spray, though police officials said they were not ready to confirm those details.
In addition to the six deaths, dozens were injured, police said.
Leboroni said investigators have spoken to many witnesses who mentioned the possible use of a variety of different substances in the concert hall that night.
"Some described irritant substances, others explosions, yet others of having smelled pepper and others again of smelling ammonia," she said. "Some even mentioned smoke canisters."
"What has been established is that suddenly something was dispersed in the air," she added.
Investigators still need to confirm which substance was sprayed that night and if that was the cause of the stampede.
"At present, all that can be confirmed is that something was dispersed in the air inside the hall which led to the panic," Leboroni said.
Leboroni also said a small pepper spray canister had been found in the concert hall.
"The finding of this, along with many witness reports, leads us to believe that this could have been one of the causes," she added. "But this doesn’t exclude that were others."
The chief prosecutor of Ancona, Monica Garulli, said investigators are also looking into whether the club sold more tickets to the event than the venue could safely hold.
Italian media reports have mentioned discrepancies — in the hundreds — between the disco’s legally permitted capacity and the number of tickets sold for the concert that night.
The prosecutors stressed that the two investigations by different prosecutors’ offices — one that deals with minors — were continuing simultaneously and focusing on both the building’s capacity and safety measures and the release of a substance in the disco.
Prosecutors are investigating whether there are grounds for possible charges of manslaughter and the willful or culpable cause of injuries.
Copyright © 2018, ABC Radio. All rights reserved.