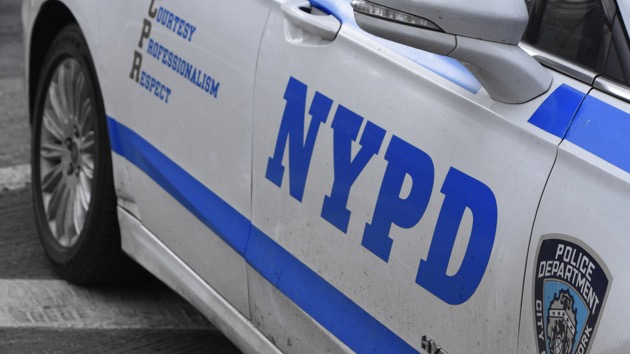 tzahiV/iStock(NEW YORK) — Charges have been dropped against a mother seen in a viral video having her baby yanked from her arms by police and security guards at a New York City social services office, where she went to seek help.
The Brooklyn District Attorney's Office said Tuesday that it will not pursue charges against 23-year-old Jazmine Headley.
"Continuing to pursue this case will not serve any purpose and I therefore moved today to dismiss it immediately in the interest of justice," Brooklyn District Attorney Eric Gonzalez said in a statement. "Discretion is the better part of valor and we must be thoughtful and compassionate in evaluating the merit of our cases."
Gonzalez said a security guard at the Human Resources Administration office in Brooklyn "escalated the situation" that drew New York City police officers in the confrontation that occurred Friday afternoon.
"An HRA officer escalated the situation as Ms. Headley was about to leave the premises, creating an awful scenario of a baby being torn from his mother," Gonzalez said.
Gonzalez made the decision to drop the charges after speaking with New York City Mayor Bill de Blasio about the incident.
"I applaud the DA's decision to do so," de Blasio said Tuesday. "[Headley] should be reunited with her child as soon as possible."
Headley was still being held at Rikers Island jail in New York on an unrelated warrant issued by a judge in 2017 in Mercer County, New Jersey.
A warrant for Headley was issued by a Mercer County Superior Court judge on July 17, 2017, when Headley failed to appear for an arraignment, Casey DeBlasio, a spokeswoman for the Mercer County Prosecutor's Office, told ABC News on Tuesday.
Headley and two alleged accomplices were indicted by a grand jury in March 2017 on felony counts of third-degree credit card theft and fourth-degree identity theft, according to court records. Headley was arrested on July 23, 2016, in Lawrence Township, New Jersey, as part of a police investigation into the use of counterfeit credit cards, according to records.
Gonzalez's office said on Monday that it was reaching out to New Jersey authorities on behalf of Headley "to expedite her release."
"The consequences this young and desperate mother has already suffered as a result of this arrest far outweigh any conduct that may have led to it: she and her baby have been traumatized, she was jailed on an unrelated warrant and may face additional collateral consequences," Gonzalez said.
NYPD officials said in a statement that officers were called to the city Human Resources Administration office in Brooklyn just before 1 p.m. on Friday.
"The NYPD was called after office staff and HRA peace officers made unsuccessful attempts to remove this individual from the facility due to her disorderly conduct towards others, and for obstructing a hallway," police said in a statement.
Lisa Schreibersdorf, executive director of Brooklyn Defender Services, said her office has assigned an attorney to represent Headley. She said the woman went to the social services office to determine why daycare vouchers for her child were suddenly cut off.
The office was crowded and there were no seats available when Headley arrived, her mother Jacqueline Jenkins said. She said her daughter sat on the floor with her 1-year-old son, Damone, to keep him calm.
Schreibersdorf said Headley took a day off from her job as a security guard in hopes or resolving the daycare problems. She said Headley had been waiting at the office for four hours before the police were called on her.
A cellphone video of the incident taken by a witness shows at least three NYPD officers, including a sergeant, and HRA security guards trying to get Headley to release her baby.
"They're hurting my son! They're hurting my son!" Headley is heard screaming in the video.
One officer appeared to grab Damone and yank hard several times in an attempt to remove him from Headley's arms. A crowd of people gathered around the officers, yelling for them to stop and attempting to explain that Headley had not been bothering anyone.
At one point, an officer is seen in the video pulling out a stun gun and appearing to point it at the crowd, ordering people to step back. The officer also appeared to point the stun gun at Headley but it was never deployed, the video shows.
Police were eventually able to wrest the baby away and place Headley under arrest. The city Administration for Child Protective Services was initially called in to take custody of the child, who was later turned over to Jenkins.
Police officials said the HRA guards were the ones who initially took Headley to the floor when she refused to leave.
NYPD Commissioner James O'Neill described the video as "disturbing" and ordered an investigation.
Two HRA peace officers were placed on modified duty as a result of the incident, Steven Banks, commissioner of the city Human Resources Administration, said in a statement Monday evening, saying he is "deeply troubled by the incident."
Officers and staff will be trained "better" to diffuse situations "before the NYPD is called for assistance" and will also be offered refresher de-escalation training, Banks said.
Copyright © 2018, ABC Radio. All rights reserved.