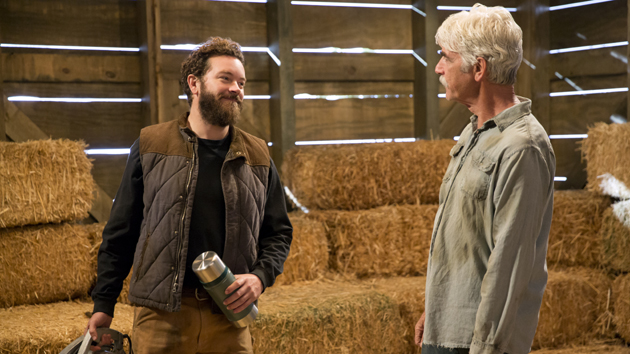 L-R: Danny Masterson and Sam Elliot; Greg Gayne/Netflix(SPOILERS AHEAD) In the wake of his departure from The Ranch, actor Danny Masterson is urging fans of the Netflix comedy to keep supporting the show.

In an Instagram post, Masterson asked fans to keep watching the show, to honor his "family," the crew. "They work 10-14 hour shoot days to make you smile in 30 minute increments," he noted, adding, "Support comedy. Support Art. Support the Iron River ranch and the Bennett Family."

Masterson, who also co-executive-produced The Ranch, was fired from the show a year ago this month after sexual misconduct allegations against him from the early 2000s resurfaced. Masterson has denied any wrongdoing.

In the part-six finale of The Ranch’s just-released second half of season three, it was revealed that Masterson’s character, Rooster, was apparently killed in a motorcycle accident.

Director Rob Zombie reveals his Lily & Herman for upcoming ‘The Munsters’ film
Ellen Pompeo reveals what it was like to reunite with Kate Walsh on ‘Grey’s Anatomy’
No Time to Stream: ﻿﻿Daniel Craig reveals why he’s excited ﻿’No Time To Die’ is exclusively in theaters
Drew Barrymore reveals how she will tell her daughters about her “wild” past
John Tesh reveals he is cancer-free again after his illness returned during the pandemic
Rami Malek reveals how he prepped to play the bad guy in ‘No Time to Die’