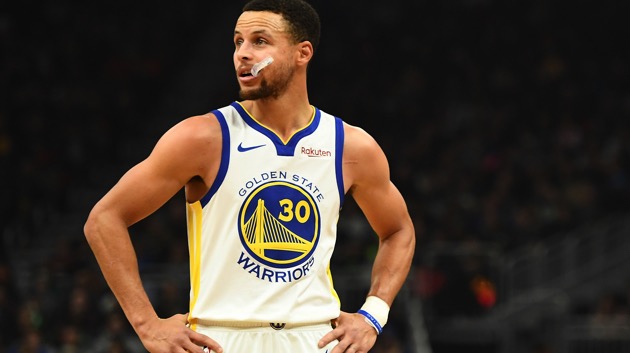 Stacy Revere/Getty Images(OAKLAND, Calif.) — Sports Illustrated announced its selection for 2018 Sportsperson of the Year, and it's not a person at all — it's an entire team. The sports publication named the Golden State Warriors as this year's top "Sportsperson."
"Three titles in four years, and now another: 2018 [Sports Illustrated] #Sportsperson of the Year recipients. Congratulations, [Warriors]!" read a tweet sent from the Sports Illustrated Twitter account Monday morning.
Though multiple individuals, including Lebron James, made the list of prospective selections, the magazine's editor-in-chief said the Warriors' collective influence on their sport and culture in the last five years could not be overlooked, according to ABC News television affiliate KGO-TV.
"This year's award focused on the power of sports to amaze, surprise and inspire," the magazine stated. "This year, the Warriors exhibited those attributes on and off the court."
In 64 years, the Warriors is the fourth team ever to win the Sportsperson of the Year title and the first team to do so since the 2004 Boston Red Sox, according to Sports Illustrated.
Copyright © 2018, ABC Radio. All rights reserved.