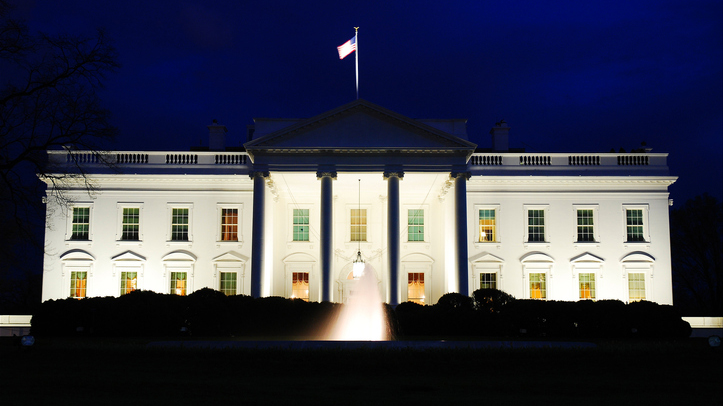 Kirkikis/iStock(WASHINGTON) — With current White House chief of staff John Kelly set to depart by year's end, President Donald Trump is scrambling to fill the top White House position after Kelly's expected replacement announced unexpectedly he would not take the job.
The uncertainty comes at a critical time as special counsel Robert Mueller's investigation appears to be focusing more on the president himself and Democrats taking over the House in January are more openly talking about the possibility of impeachment.
Whoever ultimately replaces Kelly in the role will become the third person to fill the position within the first two years of the Trump presidency, marking an unprecedented level of turnover for the top White House job within the first two years.
Sources with direct knowledge of the president's thinking told ABC News that the president has a list of five potential replacements for John Kelly, though some on the list have expressed hesitation to take on the role: Rep. Mark Meadows, Acting Attorney General Matt Whitaker, one-time deputy campaign manager David Bossie, Treasury Secretary Steven Mnuchin, U.S. Trade Representative Robert Lighthizer and Office of Management and Budget Director Mick Mulvaney.
Meadows, currently the chair of the conservative House Freedom Caucus, has formed some enemies on Capitol Hill and would be viewed as a controversial choice among establishment forces.
Meadows issued a statement Monday expressing his openness to filling the role should it be offered, calling the possibility "an incredible offer."
"Serving as Chief of Staff would be an incredible honor. The President has a long list of qualified candidates and I know he'll make the best selection for his administration and for the country," Meadows said.
Vice President Mike Pence's 36-year-old chief of staff Nick Ayers had been widely expected to assume the role with Kelly's departure, but said in a surprise announcement over the weekend he is set to leave the administration altogether and will move to a pro-Trump Super PAC.
Ayers' withdrawal from consideration seemed to be a sudden decision, coming after he had extensive conversations with the president about the role.
On Saturday, Trump seemed confident he could name a successor.
"John Kelly will be leaving at the end of the year. We’ll be announcing who will be taking John’s place, it might be on an interim basis," Trump said. "I’ll be announcing that over the next day or two," Trump told reporters on Saturday as he departed for the Army-Navy game.
After those remarks, reports surfaced that Ayers was only willing to accept the role on a temporary basis.
Sources familiar with the deliberations say President Trump had been favored Ayers for the role because of what he saw as his political acumen, a quality that the president saw as lacking with John Kelly.
Kelly has served in the role of chief of staff since July 2017 and was initially credited with bringing order to a chaotic White House after the president's first chief of staff Reince Priebus lasted in the role for less than 200 days.
Earlier this year President Trump had asked Kelly to remain in the job through his 2020 reelection campaign. However, Kelly's departure is not unexpected.
Kelly's relationship with the president has been at times strained over the course of his 16 months on the job and his eventual departure has been speculated for the last several weeks.