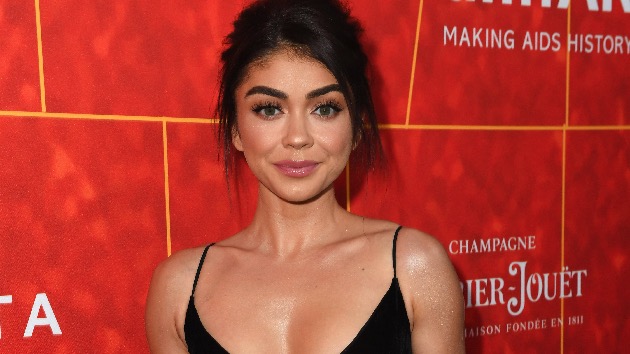 VALERIE MACON/AFP/Getty Images(NEW YORK) — Modern Family star Sarah Hyland is going public with her serious health struggles.
In an in-depth profile for Self magazine, Hyland, 28, reveals that she recently had a second kidney transplant after her first transplant was rejected. She also had surgery for endometriosis and a hernia. All together she has endured 16 surgeries.
Hyland was born with kidney dysplasia, which she says forced her to live a life where she says she was "always having to be looked after, having to be cared for." Because of her disease, her kidneys eventually went into failure and her father gave her one of his in 2012. But then her body began to reject the new kidney.
"Christmas break, New Year's, Thanksgiving, my birthday, all of that spent in the hospital," she said of her horrific 2016.
The next year included dialysis and another transplant, this time from her younger brother Ian.
"I was very depressed. When a family member gives you a second chance at life, and it fails, it almost feels like it's your fault. It's not," she told the magazine. "For a long time, I was contemplating suicide, because I didn't want to fail my little brother like I failed my dad."
The actress wants others to know it's OK to ask for help during tough times.
"For anybody that wants to reach out to somebody but doesn't really know how because they're too proud or they think that they'll be looked upon as weak, it's not a shameful thing to say. It's not a shameful thing to share," she said.
More than a year after her second transplant, Hyland and her brother are both doing well. She has a new outlook on life but still deals with the pressures of being a famous actress and going public with her health issues.
"Being held up to this sort of pedestal of how you're supposed to look. Sometimes I have complete meltdowns in the middle of fittings,” she added, referring to her lower abdomen and how the transplant shows in certain outfits.
The surgeries for her endometriosis and her hernia came this year while she was recovering from the second transplant. Hyland said there most likely will be more surgeries but she's coping the best she can.
"That is a goal, to not just listen to my body more, but listen and do something about it because I tend to push myself," she said. "I’m stable. I'm thriving. I'm super happy with life … I have the greatest family one could ask for. I'm on a show that is absolutely unbelievable and surreal."
Copyright © 2018, ABC Radio. All rights reserved.