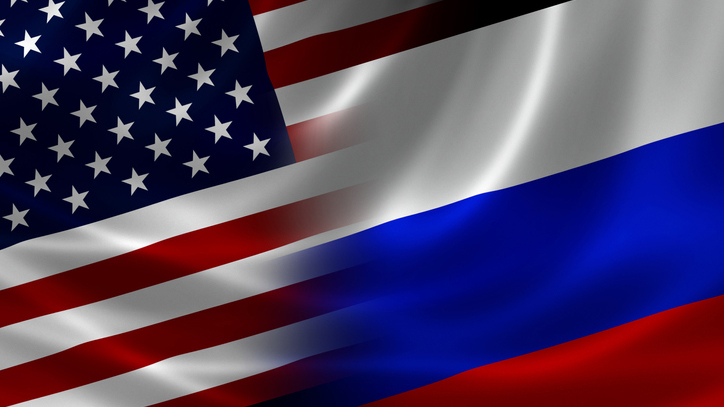 ronniechua/iStock(WASHINGTON) — Several major figures in the ongoing Trump-Russia drama have lined up in opposition to a lawsuit filed by the Democratic National Committee, arguing a federal judge should dismiss accusations of an international conspiracy ahead of the 2016 presidential election.
A group of defendants — including the Trump campaign, WikiLeaks and a member of President Donald Trump’s family — unleashed a wave of court filings late last week, a deluge of documents totaling more than 150 pages. It amounts to the most comprehensive legal defense yet presented in the Russia probe, seeking to have the Democrats’ case thrown out.
The DNC filed the civil suit in April accusing a long list of defendants of being part of a conspiracy involving Russia’s effort to interfere in the 2016 presidential election, including the Russian government itself, its military intelligence agency, the 2016 Trump campaign and several campaign officials, Wikileaks and its founder Julian Assange, among others. President Trump is not named as a defendant.
The conspiracy, the suit alleges, “constituted an act of previously unimaginable treachery: the campaign of the presidential nominee of a major party in league with a hostile foreign power to bolster its own chance to win the Presidency” in part through the hacking of emails from the DNC and Hillary Clinton campaign chairman John Podesta, and the subsequent publication of the hacked material.
The 2016 Trump campaign, distinct from Trump’s already-formed 2020 campaign committees, fought back Friday, saying in court documents that the suit should be dismissed and echoing Trump’s oft-repeated claim that the Russia accusations only seek to “explain away [the DNC] candidate’s defeat in the 2016 presidential election.”
The filings generally do not contest the basic events laid out in what the Trump campaign’s filing refers to as the DNC’s “factual theory” — that the DNC was hacked by the Russian government, that Trump associates had contact with Russia-linked figures and that the hacked DNC files were then leaked by WikiLeaks ultimately to Trump’s political benefit.
But the various defendants maintained that while the hacking may have been against the law, it was allegedly done by the Russians before the particular contacts with the Trump campaign, which the DNC suggests concerned the stolen material, a timeline that they said immediately challenged the basis and scope of the conspiracy as alleged in the lawsuit.
“The DNC thus alleges — unburdened by any actual facts — that President Trump’s campaign… conspired with Russia and a hodgepodge of others to publish materials stolen from the DNC’s computer systems,” the campaign’s filing says. “But the DNC does not claim the Campaign had any role in hacking its systems and stealing the materials — it attributes that only to Russia. Nor does the DNC claim the Campaign played any part in publishing the stolen materials — it attributes that only to Russia and WikiLeaks.”
The Trump campaign also said the DNC failed to show it “aided and abetted Russia” after the hack, as alleged, even if campaign officials and then-candidate Trump himself enthusiastically promoted WikiLeaks’ DNC and Podesta releases.
The DNC suit specifically cites Trump’s comment on July 27, 2016 at a press conference when he said, “Russia, if you’re listening, I hope you’re able to find the 30,000 emails that are missing,” a reference to emails Clinton had deleted from her server after deeming them personal. That same day Russian operatives began targeting email accounts used by Clinton’s office, according to special counsel Robert Mueller.
But the campaign argued that “praising the results of others’ efforts… is not tantamount to directing those affairs. If it were, every journalist that credited the disclosures with providing useful information could similarly be said to have directed” the leak campaign.
“But that is obviously nonsense (and contrary to the First Amendment),” the filing says.
As part of its filings, the Trump campaign requested an oral hearing to argue its motion to dismiss at a date yet to be determined.
In its own motion to dismiss Friday, WikiLeaks argued that it is not alleged to have had any part in the actual hacking, and that it published the DNC material on First Amendment grounds. WikiLeaks Editor-in-Chief Kristenn Hrafnsson told ABC News in a statement Friday, “The DNC lawsuit is a litmus test for press freedoms. The suit claims that the scandalous emails of powerful political operatives are 'trade secrets' and cannot be published. If this precedent is set it will be the end of serious journalism as we know it.” Assange, WikiLeaks’ founder, did not enter a simultaneous filing.
Trump’s son-in-law and senior adviser Jared Kushner’s filing defended his at a now-infamous June 2016 meeting in Trump Tower with a Russian attorney who had offered damaging information on Democratic presidential candidate Hillary Clinton – evidence, the DNC said, of a Trump-Russia conspiracy. In his defense, the filing says that the DNC suit does not allege that Kushner, an adviser to Trump, knew about the prior communication regarding damaging material, that he knew the material had been obtained illegally nor that he “did anything other than attend and listen, or that he agreed to do anything following the meeting.”
Donald Trump Jr., another named defendant who attended the meeting and knew about the potentially damaging information on Clinton, did not enter a filing with the others. Trump Jr. previously said the meeting was “nonsense.”
Other figures in the Russia probe, like former campaign adviser George Papadopoulos, a purported intermediary between the Trump campaign and Russia-linked individuals, and Roger Stone, a longtime Trump adviser who boasted of communications with Assange, also filed documents challenging the DNC suit and casting their roles as innocuous.
The Russian government, for its part, has declined to answer the accusations against it in the court case. It previously sent a letter to the court and to the State Department arguing that even if it did hack the DNC, such an action should be considered a state action and therefore shielded by American law from civil suits.