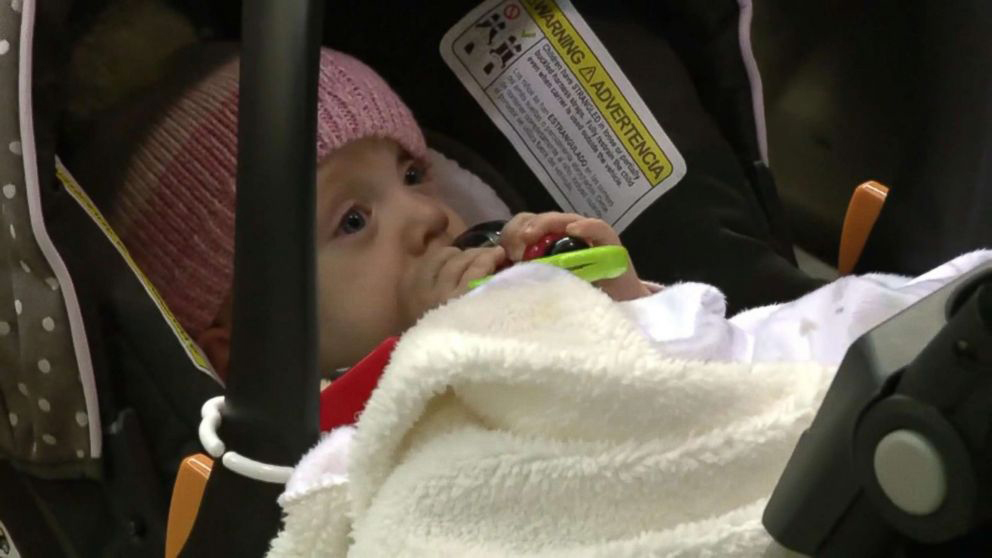 ABC News(NEW YORK) — In a random act of kindness, a man gave up his airplane seat for a mom and baby flying to a children's hospital.
On Dec. 6, Kelsey Zwick was traveling from Orlando to Philadelphia with her 11-month-old daughter Lucy when the stranger, later revealed to be Jason Kunselman, offered his first class seat to them.
Zwick said that she knew the flight with an infant, who was born premature and uses an oxygen machine, was not going to be easy.
"I have a baby, a roller, a diaper bag, then I have an oxygen concentrator that she needs while we travel," Zwick told Fox affiliate WTXF-TV.
As she settled into her economy seat, a flight attended informed her that a first class passenger wanted to switch seats so she and Lucy could have more room.
"I'm just standing there looking at him, crying just saying, 'thank you,'" Zwick told WTXF. "He just quietly was smiling so big and was like, 'you're welcome.'"
But when the flight landed, Zwick was unable to find Kunselman at the gate.
She posted a message to Facebook, which garnered over 415,000 shares, thanking "the man in 2D."
"Not able to hold back tears, I cried my way up the aisle while my daughter Lucy laughed!" Zwick wrote on the same day of the flight. "She felt it in her bones too… real, pure, goodness. I smiled and thanked you as we switched but didn’t get to thank you properly."
Zwick said American Airlines got word of her post and connected her with Kunselman.
"She came up [in line to board] and had the normal roller board luggage and also which I found out later, was an oxygen concentrator," Kunselman told "GMA." "I went up and asked the flight attendant if she thought she would be more comfortable sitting up in my seat and I would take the one in the back."
Kunselman went on, "The next thing I know she came walking up crying and said thank you and I said you're welcome and headed back towards the back of the plane. It just seemed like the right thing to do."