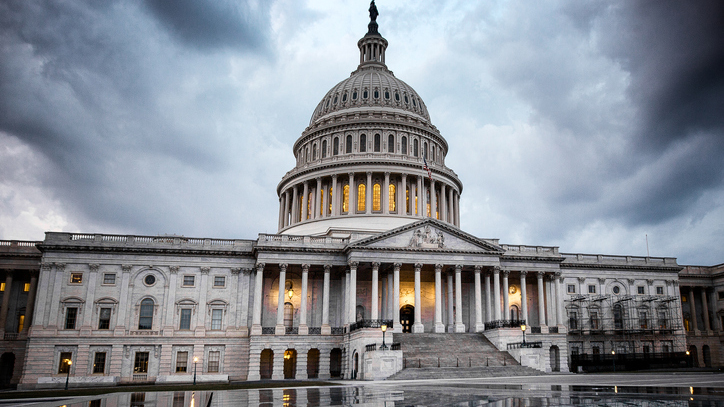 uschools/iStock(WASHINGTON) — Hundreds of pro-environment activists lobbied lawmakers on Capitol Hill Monday, in an attempt to pressure Democratic leaders to endorse a Green New Deal for the new majority’s agenda in the next Congress.
They staged sit-ins at the congressional offices of Reps. Nancy Pelosi, Steny Hoyer and Jim McGovern and called for a transition from fossil fuels to renewable energy and urged Democrats to leverage their power in the 116th Congress to enact green legislative proposals championed by progressives.
“The U.N. says we have 12 years to transform our economy and avert catastrophe,” said Varshini Prakash, Sunrise co-founder, as the sit-in began at Pelosi’s office. “Over 1,000 young people took over Capitol Hill today because we all deserve good jobs and a livable future. The Democrats need a plan to make it happen.”
Another speaker at the demonstration, the Rev. Lennox Yearwood, Jr., said Americans of all backgrounds “are fighting for existence” in the face of climate change.
“This is not about Republican. This is not about Democrat. This is about humanity!” Yearwood, Jr., the president and CEO of the Hip Hop Caucus, exclaimed. “Climate change is a civil rights issue. We have a right to clean air, we have a right to clean water and we will fight not for ourselves but for the next generation.”
Jeremy Ornstein, 18, of Watertown, Massachusetts, called on House Democratic leaders to “step up for my generation” and support the Green New Deal.
“We’re fighting for survival and we’re also fighting for dignity,” Ornstein said. “The Democrats might say that they’re our climate champions but they’ve gotta step up and back a Green New Deal if they wanna prove it.”
Pelosi, who is facing a test of her leadership as she builds support in her bid for House speaker, has already announced plans to reconvene a select committee on climate change in the next Congress. After Monday’s demonstration, Taylor Griffin, a spokeswoman for Pelosi reiterated that “addressing climate change remains a top priority” for Pelosi.
“She has proposed reinstating a select committee on climate and looks forward to caucus-wide discussions with the committees of jurisdiction to determine the appropriate path forward,” Griffin stated.
Hoyer, D-Maryland, also expressed harmony with the activists who targeted him.
Of the targeted lawmakers, Sunrise Movement said McGovern addressed the demonstrators and pledged his support. None of the other lawmakers were present during the sit-ins.
Each of the Democratic leaders has an office in the U.S. Capitol and access is restricted to official business. But access for the public is not limited in the House office buildings, forcing Sunrise organizers to execute their protests there.
Initial reactions from Democrats did not satisfy many of the activists marching around Capitol Hill Monday.
“Speaker Pelosi proposed bringing a committee back from years ago — a committee that would gather evidence. We don’t have time to gather evidence anymore,” Ornstein said. “We need climate action and we have all the evidence we need.”
U.S. Capitol Police eventually moved into position, warning protesters to leave or face arrest.
According to Sunrise, 143 of its protesters, who refused to comply with police orders, were arrested for unlawfully demonstrating in the Cannon House Office Building and could face an additional charge. U.S. Capitol Police did not respond to a request for comment.
Last month, a similar protest in Pelosi's office led to 51 people being arrested. Rep.-elect Alexandria Ocasio-Cortez, D-New York, visited the protest, but she did not participate on Monday.