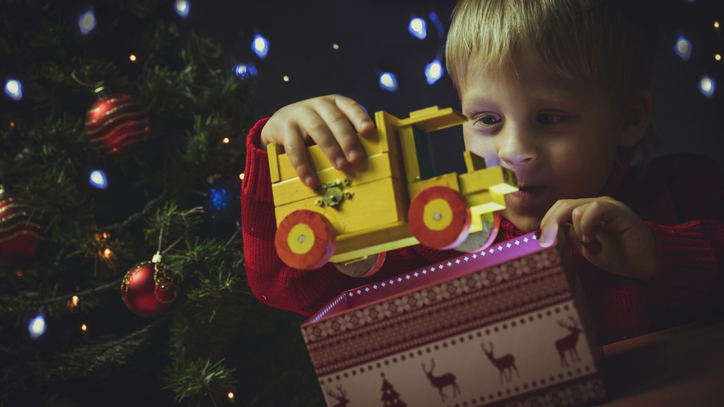 neoblues/iStock(PITTSBURGH) — While other children across the U.S. are busy making their holiday wish lists, one Pennsylvania boy has made it his mission to make sure other kids get toys this season.
Colby Jeffrey, 10, collected over 1,000 toys this past Saturday for Toy for Tots in Washington, Pennsylvania, according to ABC affiliate WTAE-TV. Toys for Tots is organized by the U.S. Marine Corps, and aims to collect and give away toys to children at Christmastime.
“Every year we provide the donation boxes for him. But he does everything else himself with the help of his mom," Michael Pallesco, a coordinator for Toys for Tots, told ABC News. "Everything from the social media to making the signs. It’s very impressive because a lot of kids his age are asking for toys, but instead he is out collecting them and getting involved.”
This is Colby's fifth year collecting toys for the organization, according to WTAE-TV.
“They knew that it was for the other kids, and they knew I cared, and I'm just so happy that they'll do that,” Colby told WTAE-TV.
"I know the feeling of getting toys, and some of those kids might not be able to, and I'm trying to help out with that so that they can have the feeling that I have every year,” Colby told WTAE-TV.