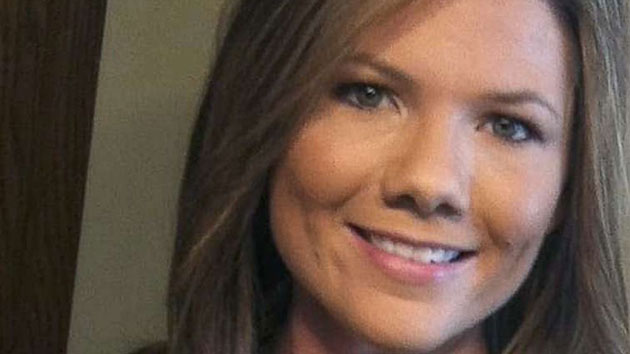 Woodland Park Police Department(WOODLAND PARK, Colo.) — The search for a young Colorado mother who vanished on Thanksgiving Day is intensifying with local police enlisting help from law enforcement nationwide and worried loved ones asking for prayers that she be found safely.
Kelsey Berreth, 29, a pilot and the mother of a 1-year-old girl, was last seen at a Safeway supermarket on Thanksgiving near her home in Woodland Park, police said.
After she disappeared, Berreth's cellphone pinged in Gooding, Idaho, more than 700 miles from where she vanished, Cmdr. Chris Adams of the Woodland Park Police Department told ABC News' Good Morning America on Sunday.
"It makes us wonder what she's doing up there or what the phone is, potentially, because she may not be there," Adams said.
Berreth's worried loved ones described her as a "responsible" and "grounded" woman, who wouldn't just leave her child without some sort of explanation.
"I just want her to come home," her brother-in-law, Brendan Kindle, told ABC News. "I find myself calling her quite often, and her phone just goes to voicemail."
Police searched Berreth's house for clues and found her suitcases, makeup and vehicles all untouched.
"Kelsey did not pack to go anywhere," her brother, Clint Berreth, wrote on Facebook.
Berreth is described as 5 feet 3 inches tall, 110 pounds with green eyes and brown hair. She was last seen wearing a white shirt, gray sweater and blue pants.
Copyright © 2018, ABC Radio. All rights reserved.