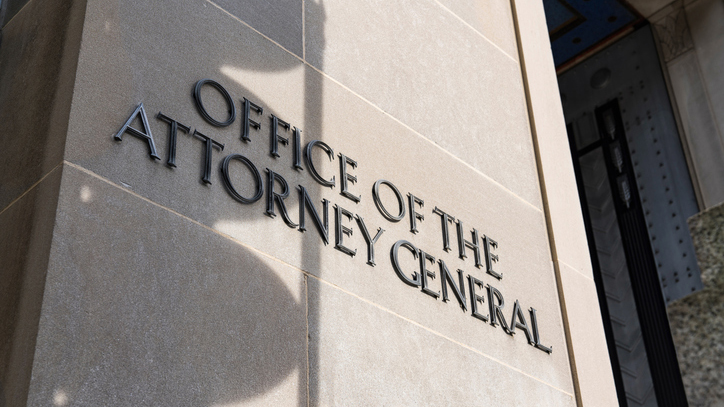 JOE CICAK/iStock(WASHINGTON) — President Donald Trump announced on the White House South Lawn Friday that he will nominate William Barr as his next attorney general.
Barr served as attorney general previously under President George H. W. Bush.
He must still be confirmed by the Senate and, if so, would oversee special counsel Robert Mueller at a critical time in his investigation that involves the president.
"He was my first choice from day one, respected by Republicans and respected by Democrats," Trump told reporters as he left the White House on a trip to Kansas. "He will be nominated for the U.S. attorney general and hopefully that process will go very quickly, and I think it will go very quickly," Trump said.
Trump called Barr "one of the most respected jurists in the country, highly respected lawyer," and "a terrific man, a terrific person, a brilliant man." The president said he didn't know Barr before he began the search for a new attorney general.
Trump had told advisers Thursday he intended to nominate Barr, multiple sources familiar with the matter told ABC News.
The presidents' aides had previously floated the idea of Barr retaking his post in the Justice Department, sources said.
The Washington Post first reported the news. Barr did not respond to ABC's request for comment.
A source close to Barr said he is likely to accept the job if offered.
In the early 1990s, as attorney general, Barr supervised Mueller in his work as head of the Justice Department's Criminal Division.
Barr has been somewhat critical of special counsel Mueller's investigation into Russian meddling in the 2016 elections and has claimed there is more basis to investigate former Secretary of State Hillary Clinton for her role in approving the 2010 acquisition of U.S. uranium stockpiles by a Russian energy company — a complicated deal that has come to be known simply as Uranium One.
"To the extent it is not pursuing these matters, the department is abdicating its responsibility,” Barr told the New York Times.
Sen. Richard Blumenthal, a Democrat from Connecticut and a member on the Judiciary Committee, said in a statement Friday that he would demand a firm commitment from Barr to protect the Mueller investigation. As a member of the Senate Judiciary Committee, Blumenthal will be part of Barr's confirmation hearings.
"I will demand that Mr. Barr make a firm and specific commitment to protect the Mueller investigation, operate independently of the White House, and uphold the rule of law," Blumenthal said in the statement. "The Senate must closely scrutinize this nominee, particularly in light of past comments suggesting Mr. Barr was more interested in currying favor with President Trump than objectively and thoughtfully analyzing law and facts."
Barr also supported President Trump's firing of former FBI director James Comey, writing in an op-ed in the Washington Post that Trump made the right move.
"Unfortunately, beginning in July, when he announced the outcome of the FBI investigation into Hillary Clinton’s use of a private email server while secretary of state, he crossed a line that is fundamental to the allocation of authority in the Justice Department," Barr wrote in the 2017 article.
"While the FBI carries out investigative work, the responsibility for supervising, directing and ultimately determining the resolution of investigations is solely the province of the Justice Department’s prosecutors. With an investigation as sensitive as the one involving Clinton, the ultimate decision-making is reserved to the attorney general or, when the attorney general is recused, the deputy attorney general."
Barr also at one point took issue with the political affiliations of those on Mueller’s team, telling the Washington Post in July of 2017 that "prosecutors who make political contributions are identifying fairly strongly with a political party."
Barr was referring to reports in the Post that eight of Mueller’s prosecutors had donated to Democrats in the past.
Richard Cullen, who served as U.S. Attorney under Barr, describes him as a good pick for the role.
"I have worked with him for over 25 years and I believe it would be a great choice," Cullen told ABC News. "He is a wise man with great intellect and skills and someone who has broad experience in both the government and business world."