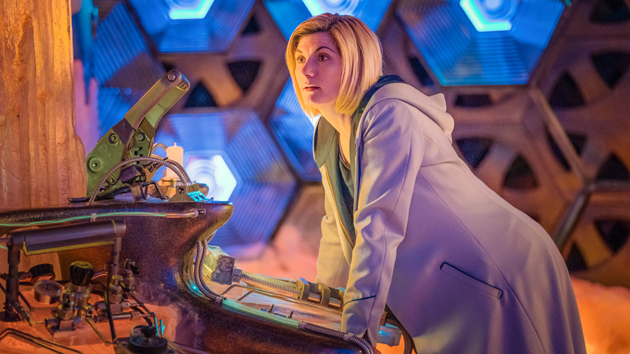 Ben Blackall/BBC America(NEW YORK) — Not that there was any official reason to doubt it would happen, but word is Jodie Whittaker will return in the title role for another season of Doctor Who.

"I really can’t wait to step back in and get to work again," Whittaker told The Hollywood Reporter. "It’s such an incredible role. It's been an extraordinary journey so far and I'm not quite ready to hand it over yet."

Whittaker is the 13th person but the first woman to play the role of time-traveling Doctor in the show's more than fifty-year history. While fan and critical reaction has been overwhelmingly positive, there's still no official word from the BBC confirming the 36-year-old's return.

Doctor Who airs its season finale this Sunday at 8:00 p.m. ET, then will return for a New Year's special Tuesday, January 1st, both on BBC America.

Lord of Cha-Ching: Report says Amazon paying $465 million for one season of ‘Lord of the Rings’ series
Vincent D’Onofrio teases second season return of ‘Godfather of Harlem’: It’s a “game of chess the whole season”
Black doctor speaks out about infant son’s death: Why Black babies are more at risk
#TeamJosh: ‘Younger’ star Nico Tortorella reflects on character’s journey ahead of final season
Jennifer Aniston’s rep shoots down report that actress adopted a baby
Daniel Dae Kim reveals his ‘Lost’ character was supposed to be killed off in the first season