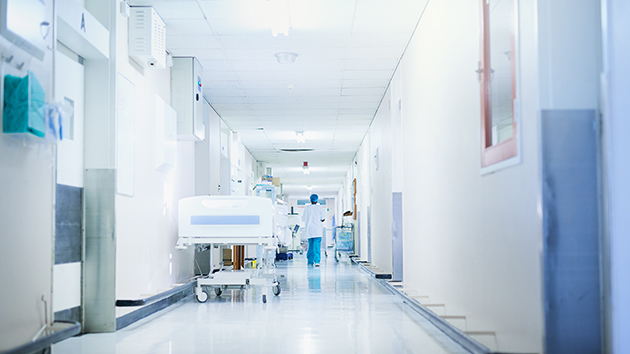 PeopleImages/iStock(UPPER DARBY, Pa.) — A Pennsylvania couple have been charged with murder following the death of their 10-month-old daughter.
Joseph Milano, 32, and Lauren Semanyk, 34, failed to seek medical treatment for their infant daughter even after she displayed signs of a drug overdose, according to the Delaware County District Attorney's Office.
On April 16, authorities were alerted around 1 a.m. that an infant was in cardiac arrest, according to Upper Darby Police. Semanyk told responding officers that the infant had been taking a bath and slid under the water. The infant had no pulse and was not breathing when police showed up at the home.
The baby was transported to the hospital, where Semanyk admitted it was possible the baby had ingested heroin. The baby was pronounced dead less than an hour later, police said.
Autopsy results revealed the death as a homicide, according to the police report. The cause of death was “synthetic fentanyl intoxication and results thereof.”
The Upper Darby Township Police Department began an investigation into the death, ultimately concluding Milano and Semanyk waited over six hours to call for medical help for their daughter despite being aware she ingested what they believed to be heroin.
During the investigation, Milano told police his daughter was playing by herself when he discovered her “looking out of it,” with a piece of blue wax paper in her mouth, according to a police report. The report also noted heroin is frequently packaged in blue wax paper.
Milano told police he called Semanyk asking her to come home and began giving his daughter CPR. After returning home, Semanyk, a registered nurse in the state of Pennsylvania, performed CPR on her daughter. She concluded her daughter was breathing and had a “good” heart rate. Milano and Semanyk debated whether to call 911 or take their daughter to a hospital. At approximately 10 p.m. on April 16 Milano called police but immediately hung up.
The police were called again after the infant “took a turn for the worst” and stopped breathing, according to police.
“This is a very tragic story and it shows what drug addiction can do,” Upper Darby Police Chief Michael Chitwood said in a press conference Thursday.
“The life of this infant could have been saved if the defendants … had contacted authorities immediately,” Delaware County District Attorney Katayoun Copeland said. “Instead, they wasted precious time, taking hours to finally follow through and only calling 911 when it was too late.”
It was unclear if the couple had retained a lawyer.
Copyright © 2018, ABC Radio. All rights reserved.