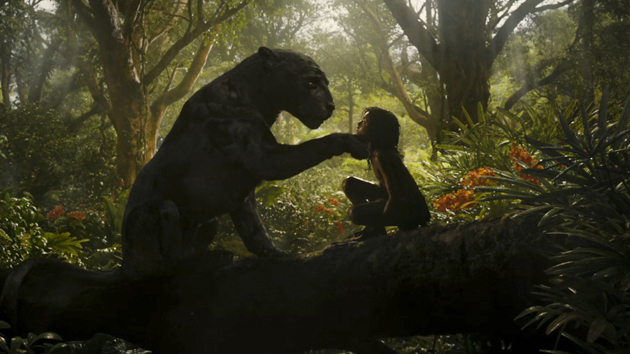 Black Panther star Serkis, who famously portrayed Gollum in the Lord of the Rings films, and pioneered the development of motion-capture tech he utilized in his performances playing Peter Jackson's King Kong, as well as Caesar in the Planet of the Apes films, brought that experience to the table as the director of Mowgli.

"I wanted to really get inside of the minds of the animals," he tells ABC Radio. "So, actually, a lot of the story is carried in close up with the animals, so you really do read their facial expressions and their emotions. You know, it's a drama which happens to have animals as actors."

Rohan Chand plays the little human hero Mowgli. He tells ABC Radio that in order to get inside the head of a boy raised by wolves, he camped out with wolves: "I went to upstate New York to a wolf conservatory center…and it was really great to see how they interacted with each other you know, between the alpha and within the pack."

The film is both in theaters and on Netflix. But Christian Bale, who plays the panther Bhageera, urges people not watch it on your phone: "I don't think anybody's OK with that. I mean, this is serious artwork. I mean this…is a phenomenal, staggering, jaw-droppingly beautiful film. No, you shouldn't watch this on your phone, at all." He adds with a smile, "You know, but that also must surely be bad for your eyes, no?"