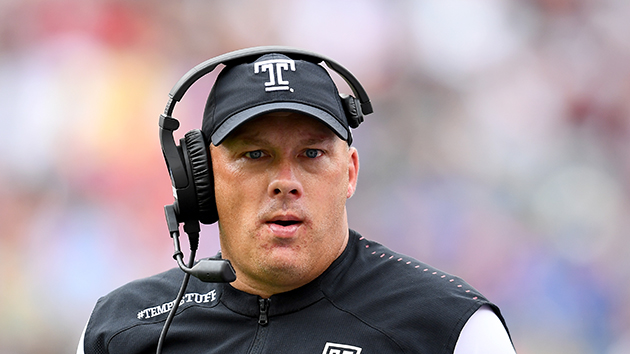 Photo by Joe Faraoni / ESPN Images(ATLANTA) — Just over a week after Georgia Tech head football coach Paul Johnson announced he would retire from that job at the end of the season, the Yellow Jackets have named Temple University's Geoff Collins their next head coach.
Collins led Temple to a 15-10 record and two bowl appearances in his two-year tenure. No coach in Temple history won as many games in his first two seasons at the school.
Collins is from the Atlanta area, and has had two stints on the Georgia Tech coaching staff. Prior to his time at Temple, he also served as a defensive coordinator at the University of Florida, Mississippi State University, Florida International University and Western Carolina University.
Copyright © 2018, ABC Radio. All rights reserved.