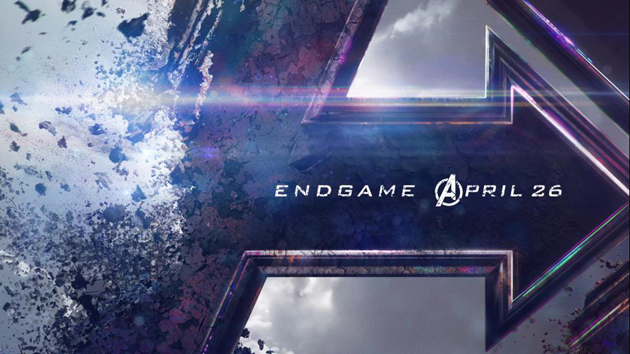 Marvel Studios(NEW YORK) — (SPOILERS AHEAD) We have a name — and the first trailer — for the sequel to Avengers: Infinity War.

Firstly, if you haven't seen Avengers: Infinity War, you may want to look away now, because this being a sequel, everything that happens in the new trailer takes place in the aftermath of Infinity War's extreme bummer of an ending.

The trailer for Avengers: Endgame — that's the film's name — opens with Robert Downey, Jr.'s Tony Stark adrift in space. His food and water gone and oxygen nearly gone, he records a final message to his beloved Pepper Potts.

"Don't feel bad about this," he says. "Part of the journey is the end."

Back on Earth, Scarlett Johansson's Black Widow confirms that Thanos wiped out fifty percent of the world's population, as Steve Rogers, aka Captain America — played by Chris Evans — listens, a tear painting his cheek. We get shots of the surviving Avengers, including Thor, Bruce Banner — and finally Hawkeye, who was absent from Infinity War, promising that we'll learn why.

"This is the fight of our lives," says Rogers, teasing a plan to undo what Thanos did.

Then comes the title reveal, with the letters forming out of the dust that remained after Thanos snapped his fingers in Infinity War.

And then, for a bit of comic relief, we end with Paul Rudd's Scott Lang, aka Ant-Man, shouting at the front gate security camera, asking to be let in. Captain America and Black Window learn one more superhero than they believed has survived.

Avengers: Endgame opens nationally April 26, according to the trailer, a change from the advertised May 3 debut date.