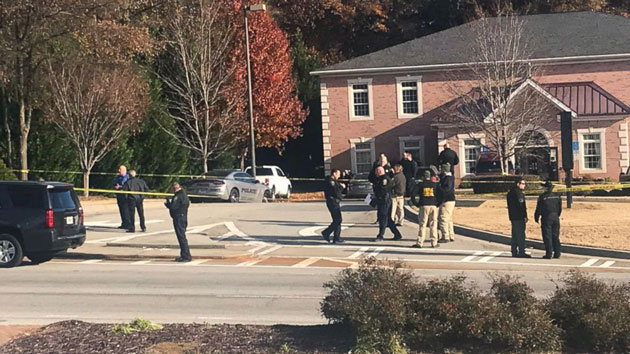 WSB(HENRY COUNTY, Ga.) — A veteran Georgia police officer was shot in face Thursday morning and has been hospitalized in critical condition, authorities said.
The suspect shot at the police officer at a dentist's office, Henry County Police Department Capt. Joey Smith said, and possibly shot the officer with his own gun.
The injured officer managed to fired back, shooting the suspect, the preliminary investigation indicates, according to Smith.
The suspect was shot at least once and has died, Smith said.
The officer, who was not named, has been on the force for about 10 years, Smith said.
The injured cop was undergoing surgery, Smith said.
Georgia Bureau of Investigation officials said that the agency is responding.
Additional details were not immediately available.
Copyright © 2018, ABC Radio. All rights reserved.