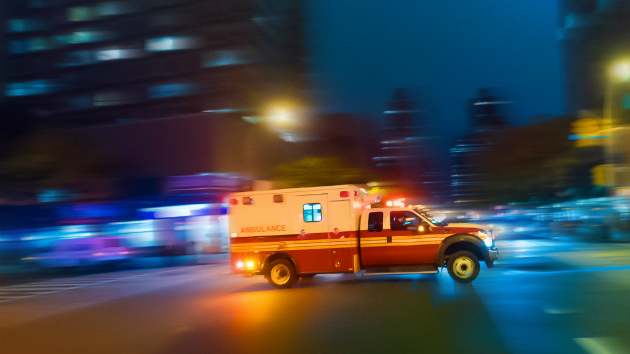 THEPALMER/iStock(DOWNS, Ill.) — A truck driver in Illinois was going the wrong way on a highway when he slammed headfirst into a school bus on Wednesday night, killing himself and a volunteer school worker, police said.
The 34-year-old semitrailer driver was traveling east in the westbound lane of Interstate 74 in Downs, Illinois, around 8:30 p.m. when he collided with a yellow bus carrying a group of Normal West High School athletes, according to authorities.
The students survived, but a volunteer school worker on the bus, 72-year-old Charles Crabtree, was killed, according to the McClean County Unit District No. 5. Three adults, including two from the bus, were airlifted to local hospitals. Their conditions were unknown as of early Thursday morning.
Authorities said they were withholding the truck driver's identity, pending next-of-kin notifications.
The students, including JV girls basketball players, were taken to local hospitals for non-life-threatening injuries, the school district said in a Facebook post. It plans to have staff on hand to provide support for those affected by the crash.
"There were 11 people on the bus. All of our students on the bus have been transported to local hospitals with non life-threatening injuries," the post said.

"Please keep the Crabtree family and the entire Normal West Community in your thoughts," it added in a separate post.
The school said parents of the players involved should come to the campus.
Illinois State Police are investigating the crash.