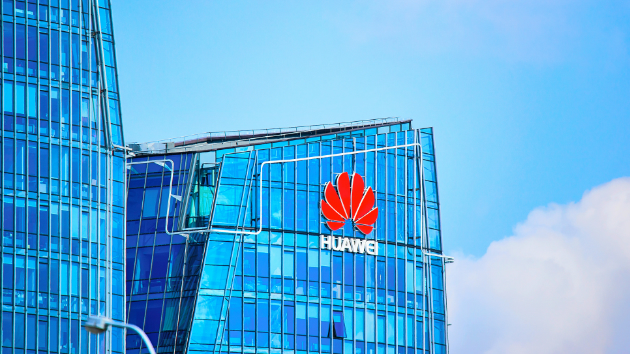 RomanBabakin/iStock(NEW YORK) — The chief financial officer and deputy chairwoman of the Chinese tech firm Huawei has been detained in Canada at the request of the U.S. government, the company said Wednesday.
Huawei said its CFO, Meng Wanzhou, was "provisionally detained" in Vancouver and is sought for extradition by the U.S. government, the telecommunications giant said in a statement.
It said it was not aware of any wrongdoing by Wanzhou, the daughter of the company's 74-year-old founder, Ren Zhengfei. Huawei also noted that it hadn't violated any U.S. sanction laws.
"The company has been provided very little information regarding the charges and is not aware of any wrongdoing by Ms. Meng," the statement said. "Huawei complies with all applicable laws and regulations where it operates, including applicable export control and sanction laws and regulations of the U.N., U.S. and E.U."
The Wall Street Journal reported that U.S. authorities arrested Meng as part of an investigation into whether Huawei violated sanctions on Iran.
"U.S. and Canada have not given any reason or clarification for the detention of this individual," Chinese Foreign Ministry spokesperson Geng Shuang said at its daily briefing Thursday.
Wanzhou was arrested while transferring flights in Canada, according to the company.
A spokesperson for the Chinese Embassy in Canada said Wanzhou has not violated U.S. or Canadian law and urged for her to be immediately released.
"At the request of the US side, the Canadian side arrested a Chinese citizen not violating any American or Canadian law," the embassy said. "The Chinese side firmly opposes and strongly protests over such kind of actions which seriously harmed the human rights of the victim."
"The Chinese side has lodged stern representations with the US and Canadian side, and urged them to immediately correct the wrongdoing and restore the personal freedom of Ms. Meng Wanzhou," it added.
Huawei became the largest telecommunications equipment manufacturer in the world in 2017 — knocking Ericcson out of the top spot, according to a congressional report issued in November called the U.S.-China Economic and Security Review.
The same report discusses security risks posed by Huawei, including a 2012 investigation by the U.S. House of Representatives Permanent Select Committee on Intelligence that concluded "the risks associated with Huawei’s and ZTE’s provision of equipment to U.S. critical infrastructure could undermine core U.S. national-security interests."
Because of alleged security risks to the U.S., Verizon and AT&T stopped selling Huawei smartphones in January, while Best Buy stopped selling Huawei laptops, cellphones and smartwatches in March.
The Chinese company has always denied any claims of using its technology for spying.
The U.S. defense bill, signed by President Donald Trump in August, prohibits the federal government from procuring or obtaining, as well as entering into, extending or renewing a contract with an entity that uses telecommunications equipment or services produced by Huawei.
Trump has also been locked in an escalating tariff war with China in recent months, though the U.S. put a pause on a Jan. 1 tariff increase as they try to work out a new trade deal.