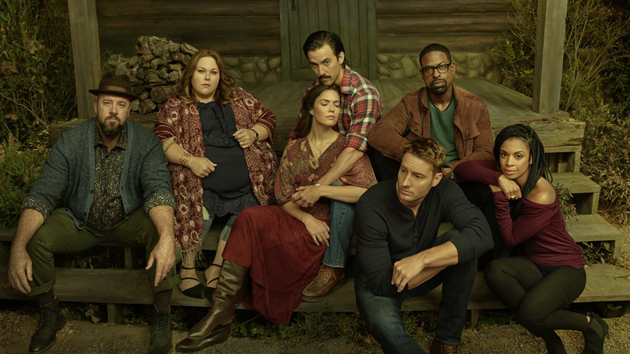 The cast of "This Is Us"/NBC(NEW YORK) — For some actors, including the casts of Vice and The Assassination of Gianni Versace: American Crime Story, Thursday morning's Golden Globe nominations announcement was cause for celebration.

As is the case every year, others were left scratching their heads.

Earlier this year, actor Sterling K. Brown won a Golden Globe for his role in the NBC series This Is Us, and the show also picked up a nomination in the best drama category. This time around, however, the dramatic series was completely shut out.

Other snubs and surprises from this year's Golden Globe nominations included:

Ryan Gosling: He's previously been nominated for five Golden Globes and in 2017, he won for best comedic actor for his role in La La Land. But Gosling, who starred as Neil Armstrong in First Man, was left out of the best actor in a drama category this year. His co-star, Claire Foy, was honored with a best actress nod.

Yalitza Aparicio: Roma was ineligible for a best picture nomination but still earned nods in the best foreign language film, best director and best screenplay categories. Some expected its star, actress Yalitza Aparicio, to be nominated in the best dramatic actress category. Alas, she was not.

A Quiet Place: When it came out in April, the horror film — directed by and co-starring John Krasinski — began to generate awards season buzz. However, the film received just one Golden Globe nomination, for best score.

The Handmaid's Tale: The Hulu drama won for best dramatic series and best actress in a drama at this year's Golden Globes. Though Elisabeth Moss picked up a nomination in the latter category this time around, the show was shut out of the best drama category.

Atlanta: In 2017, the FX comedy-drama won the Golden Globe for best comedy. This time around, its only nod went to Donald Glover, who was recognized in the best comedic actor category.

Maniac: With an all-star cast including Emma Stone, Jonah Hill and Justin Theroux, it was easy to assume that Netflix's Maniac would receive some love from the Hollywood Foreign Press Association Thursday. Alas. While Stone was recognized for her role in the film The Favourite, her series received zero nominations.

Westworld: Thandie Newton picked up a nomination for best supporting actress but Westworld, which was nominated for best drama in 2017, was otherwise shut out.

Debra Messing and Candice Bergen: Though the reboot of Will & Grace has been recognized by the Hollywood Foreign Press in the past, Debra Messing hasn't secured her own nomination for playing Grace Adler since its original iteration went off the air. This year, not only did she earn a nomination in the comedic best actress category, so did Candice Bergen, whose series Murphy Brown returned to TV this year.

Jim Carrey: No stranger to the Golden Globes — he's won two — some may have been surprised to hear Carrey's name called in the best comedic actors category for his role in the Showtime series Kidding. Another perhaps unexpected name? Sacha Baron Cohen, who was recognized for his series, Who Is America?