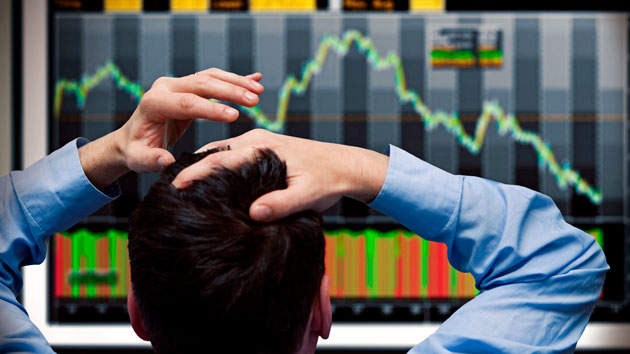 Caroline Purser/Getty Images(NEW YORK) — The Dow Jones Industrial Average fell nearly 400 points Thursday morning, or 1.5 percent, extending the week's losses after a Chinese telecom executive was arrested in Canada on behalf of the U.S., stoking growing fears about trade tensions with China.
Both the Nasdaq and S&P 500 were also trading lower.
Markets were closed Wednesday for a federal holiday in honor of the late President George H.W. Bush.
Canadian authorities on Wednesday arrested Huawei CFO Meng Wanzhou over the weekend. Huawei is the largest telecommunication equipment company and the world's second largest smartphone maker behind Samsung. Wanzhou is the founder's daughter and heir apparent.
Huawei is one example of what the Trump Administration is targeting in its trade dispute with China. It receives preferential treatment and is heavily subsidized by the Chinese government while purchasing technology from U.S. companies like Qualcomm.
The move by the U.S. is related to concerns that Beijing could be using Huawei's technology to spy on Americans. The Justice Department also believes Huawei is violating U.S. sanctions against Iran because of the American components inside its products.
Doubts over a trade deal with China contributed to the Dow's drop of 800 points on Tuesday.
President Trump had tweeted over the weekend that a deal had been reached. But his administration could not provide any details, stoking market concerns about the overall economy.

BC3 Brockway location closed for two days for ransom attack
Dow sinks more than 900 points on concerns over South Africa COVID-19 variant
What we know about Chinese tennis star Peng Shuai as the UN calls for probe into her whereabouts
Amid economic woes, Biden voters who see the economy as faltering speak out about who’s to blame
Fears grow for missing Chinese tennis star who accused ex-official of sexual assault
White House economic director says ‘inflation is high,’ pledges Biden bills will bring it down