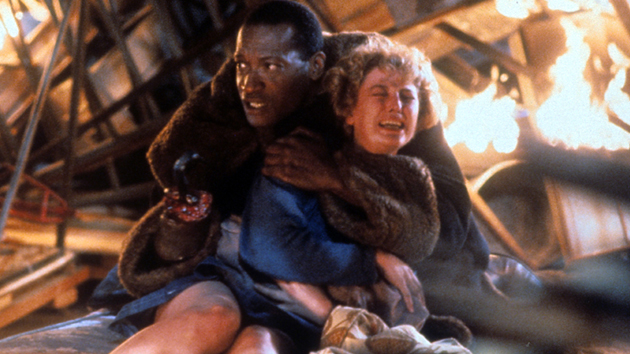 TriStar/Getty Images(NEW YORK) — While horror fans are extremely excited about the forthcoming Candyman reboot from Get Out writer/director Jordan Peele, the original film's star, Tony Todd, doesn't appear to be as enthusiastic.

In an interview with SyFy, Todd reveals he has "mixed feelings," about the project.

"I have mixed feelings because I thought they were gonna make this 15 years ago," he said. "If this had been 10 years ago when I had heard the news, I would have been devastated. I would have fought for it. Now I'm in a different place."
Still, Todd gave his blessing to Peele to make the new film, and adds that Candyman's original storyline is relevant "now more than ever."

"In 2018, I think there are a few neighborhoods that could use some Candyman justice, you know what I'm saying?" he said. "I'm just happy that as an African-American man, that Candyman has once again been given the nod to enter people's consciousness."

In the 1992 film, the Candyman is the prosperous son of a slave who's lynched and murdered after falling in love with a white woman and fathering their child. He later returns as a vengeful spirit. Todd says he hopes the film doesn't downplay some of its most important themes of race and social justice.

"I hope that they don't dance around the [interracial] relationship between Candyman and the love of his life, the reason for his death and that they are actually allowed to kiss," he said. "[Back then] it was rare that African-American male film stars got to kiss any of the white leading ladies they worked with."
Peele's Candyman reboot is slated for a June 12, 2020 release.