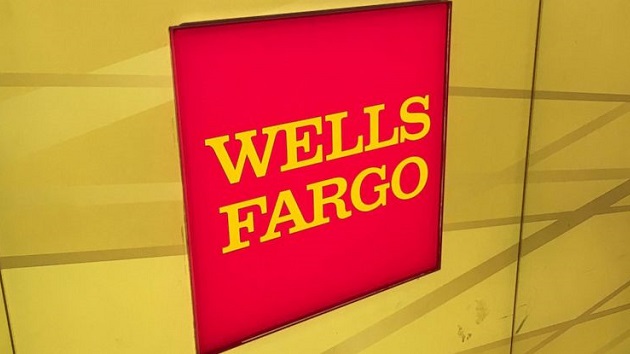 Paul Blake/ABC(NEW YORK) — Financially strapped, Jose Aguilar said it felt as though he'd let his family down in 2015 when Wells Fargo foreclosed on his mortgage. But his disappointment redoubled earlier this year when the bank sent him a letter that said a system glitch caused him to lose his home of four years, he says.
Aguilar is one of an estimated 545 customers who lost their homes when the bank incorrectly denied 870 loan modification requests due to calculation errors.
Wells Fargo, one of the country's largest lenders, revealed the error in a Securities and Exchange Commission filing last month.
"Twelve, 13, 15 months time passed, and there was no way of catching up at that point," Aguilar said. "That's when the whole foreclosure proceedings started."
Aguilar, who owned a home in upstate New York, said his wife was so exasperated at one point she was "just like, 'I can't do this anymore,'" and she took their kids and moved back to Florida.
With the foreclosure weighing on his credit score, Aguilar, who works at a manufacturing plant near Syracuse, found it hard to rent a new place and ended up moving into a friend's basement.
"I actually felt like, 'What the hell happened?' Like, I had I thought about suicide many times," he added. "I lost that and everything — all the money that I put into that house, all the monthly payments that I had to work six, seven days a week just to stay on top of the mortgage."
Aguilar said the bank sent him a check for $25,000 earlier this year in an effort to rectify the mistake, but it was far too late — he'd already lost his home and his family had been torn apart.
"My kids are going through hell and back," Aguilar said. "My kids still look at me like it was my fault. Now, I'm the one that let them down. Everything is my fault."
Wells Fargo said it's offered the affected families continuing mediation at no cost to them, and has successfully given loan modifications to nearly one million consumers since the glitch occurred.
But Aguilar's lawyer, Mark Dann, said the bank has a lot more explaining to do.
"Wells Fargo has not been transparent at all about how this happened," Dann said. "Wells Fargo told us well we're not servicing these loans anymore because these people have been foreclosed on. I mean, there's all kinds of things that we need to know so that we can form a lawsuit against them or try to negotiate some sort of a reasonable resolution with them."
Copyright © 2018, ABC Radio. All rights reserved.

‘Welcome to Earth’ cast explains how they remained safe while filming
Rebel Wilson says her Hollywood team thought losing weight would cost her “millions”
What’s the best holiday movie in your home state?
Columbia University student stabbed to death near campus on way home from soccer practice
Suspect arrested in murder of Hollywood executive’s wife at couple’s Beverly Hills home
See a life-sized house made of candy come to life on Hulu’s ‘Candified: Home for the Holidays’