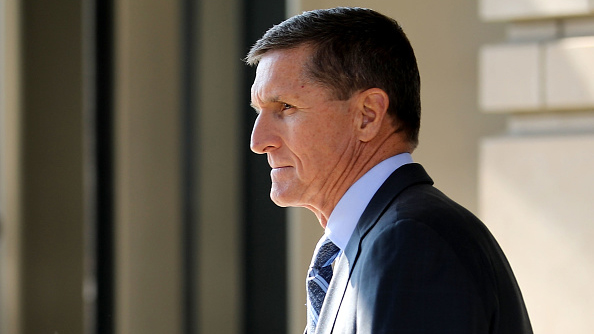 Chip Somodevilla/Getty Images(WASHINGTON) — Robert Mueller, in a highly anticipated sentencing memo for President Trump’s first national security adviser, described in broad strokes the extent to which Michael Flynn’s cooperation aided the special counsel’s probe into Russian meddling during the 2016 campaign.
Many of the details of Flynn’s assistance have been redacted, but here are five key takeways:
Flynn will likely avoid prison
Flynn pleaded guilty in December 2017 to lying to the FBI about his conversations with then-Russian Ambassador Sergey Kislyak during the presidential transition period from Election Day 2016 to Trump's inauguration in January 2017.
One big question ahead of Flynn’s December 18 sentencing date remains whether the former national security adviser will avoid prison
Two other cooperating witnesses in the Mueller probe – George Papadopoulos, a former Trump campaign aide; and Alex van der Zwaan, a Dutch attorney – both pleaded guilty to lying to federal investigators were sentenced to prison.
But Flynn could be well-positioned to avoid their fate.
“Given the defendant’s substantial assistance and other considerations set forth, a sentence at the low end of the guideline range—including a sentence that does not impose a term of incarceration—is appropriate and warranted,” Mueller wrote Tuesday.
Mueller’s glowing review of Flynn’s cooperation may persuade U.S. District Court Judge Emmet Sullivan to grant leniency in sentencing the three-star general. Under federal guidelines, Flynn’s crime carries a penalty of up to six months in prison.
What Flynn has told Mueller: ‘content and context’
Prior to Tuesday’s court filing, very little was publicly known about the extent and content of Flynn’s cooperation. But the special counsel revealed some key details about what information Flynn’s cooperation has yielded.
In his sentencing memo, Mueller wrote that Flynn “participated in 19 interviews with the [special counsel’s office] or attorneys from other Department of Justice offices,” the content of which notably included “firsthand information about the content and context of interactions between the transition team and Russian government officials.”
“His early cooperation was particularly valuable because he was one of the few people with long-term and firsthand insight regarding events and issues under investigation by the [special counsel’s office],” Mueller wrote Tuesday.
Mueller also wrote that Flynn provided documents and communications to back his oral testimony.

Mysterious transition team officials
In mentioning that his investigation focuses in part on "interactions between individuals in the Presidential Transition Team and Russia,” then stating that Flynn described “interactions between the transition team and Russian government officials,” Mueller left observers wondering who those other transition team officials could be.
The transition team, which helped prepare Trump for the presidency after his election victory, included members of the Trump family and some of the president’s closest advisers and confidants.
Investigations are ‘ongoing’
Mueller is in the process of writing a final report, ABC News has reported, but many of the investigations and prosecutions his team has initiated don’t appear anywhere near completion.
Mueller wrote Tuesday that many of the investigations “in which [Flynn] has provided assistance are ongoing.”
The subject of those investigations remains unclear, but one thing is for sure: the implications of the special counsel probe are not going away anytime soon.
We don’t know what we don’t know
Of the 13 pages Mueller penned and filed late Tuesday, almost half was redacted.
The special counsel may reveal more information about the content of Flynn’s cooperation at his December 18 sentencing, or he may wait until completing his final report.

But it is not a foregone conclusion that Mueller’s report will be public, as ABC News has reported, and we may never know the full details of Flynn’s cooperation.