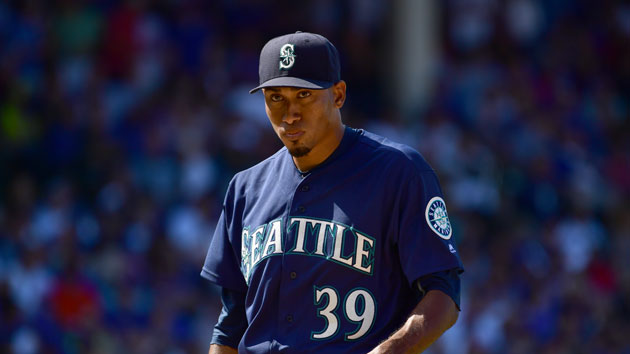 "This trade should be a signal to our players and our fans that words alone will not define this franchise," general manager Brodie Van Wagenen told reporters at Citi Field. "Rather it will be hard work, collaboration, and unwavering commitment."

Cano is an eight-time All Star and won one World Series ring with the Yankees in 2009. He was suspended for 80 games last season after violating Major League Baseball's joint drug policy. He still managed to play in 80 games, batting .303 with 50 RBIs.

Cano's second stint in New York will be different. The Mets are coming off of a 77-85 season, finishing fourth in the NL East. He'll call Queens home instead of the Bronx, but he says he's just happy to be back in the "Big Apple."

"I'm more than happy," Cano said. "I would say blessed to be able to wear this uniform, this franchise, history… and also happy to be back in New York."

Diaz, just 24 years old, joins his new team as one of the most coveted trade targets of the offseason. He led the league in saves with 57 and posted a sterling 1.96 ERA on the season.

Despite the big trade, Van Wagenen insists the Mets plan on making more moves to bolster their roster.

"Hopefully we can continue to add more talent around guys like this," Van Wagenen said. "That's our mission."