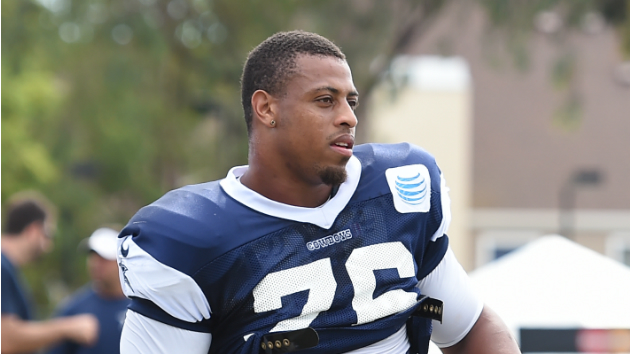 Scott Clarke / ESPN Images(NEW YORK) — Former football player Greg Hardy is gearing up to make his UFC debut next month.
UFC President Dana White tells ESPN Hardy will go up against Allen Crowder in the Octagon on Jan. 19.
Contracts for the fight, which will take place in Brooklyn, New York, are close to being finalized, according to White.
Hardy, a former defensive end in the NFL, signed a developmental deal with the UFC earlier this year. Since then, he has amassed a record of 3-0, winning all three bouts by first-round knockout.
Copyright © 2018, ABC Radio. All rights reserved.