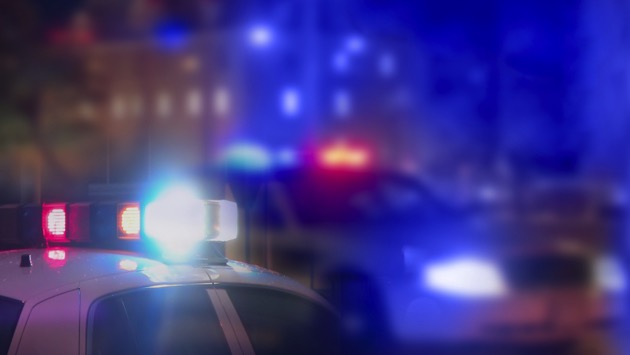 TheaDesign/iStock(BIRMINGHAM, Ala.) — Protesters on Tuesday evening once again swarmed a suburb near Birmingham, Ala., and blocked traffic on a major highway while demanding justice for a 21-year-old black man who was shot to death by police inside a shopping mall on Thanksgiving night.
More than 100 demonstrators marched through a Walmart and nearby businesses in Hoover before taking to Interstate 459 in a caravan of vehicles. The group drove slowly with their hazard lights flashing while some got out of their cars and stood in the roadway, prompting police to briefly shut down the Hoover entrances to the interstate.
Demonstrations have been held almost every day since Emantic Fitzgerald Bradford Jr., known as EJ, was killed. The protesters, along with Bradford's family, are urging police to release video evidence of the Nov. 22 shooting and to file charges against the unnamed officer who fired the fatal shot.
The incident apparently unfolded during a scuffle at Riverchase Galleria mall in Hoover when another man, who police first suspected to be Bradford, pulled out a gun and shot and wounded an 18-year-old man. A 12-year-old girl, an innocent bystander, was also hit. Police later determined that Bradford, who was armed, did not fire his weapon in that altercation and that the suspect was still at large.
The Bradford family's attorney, Benjamin Crump, said that Bradford was carrying a handgun but was licensed to do so. Bardford's parents have called his death "unjust," claiming their son was just trying to help calm amid the chaos.
On Nov. 29, authorities apprehended 20-year-old Erron Martez Dequan Brown near Atlanta, Ga., in connection with the Nov. 22 shooting. He was subsequently extradited to Birmingham, Alabama, to face charges.
Brown, who is charged with attempted murder, is being held in Jefferson County Jail on $125,000 bond. Brown's attorney, who says his client is not guilty, is expected to hold a press conference Wednesday afternoon.
A funeral service for Bradford was held Saturday at the Boutwell Memorial Auditorium in Birmingham, where renowned civil rights activist Rev. Jesse Jackson delivered a powerful eulogy.
Jackson described the shooting as the "violent death of another innocent son wrapped in black skin," saying that Bradford joins a long list of "victims in this sickness of uncontrolled violence." The reverend named Trayvon Martin, an unarmed black teenager who was fatally shot by a neighborhood watchman in Florida in 2012, among those victims.
"His blood will not have been shed in vain," Jackson said. "The officer who took Emantic's life must face justice."
Jackson called for transparency, demanding authorities release any video evidence of the Nov. 22 shooting. The crowd joined him in repeating the words, "Show the tapes now!"
Copyright © 2018, ABC Radio. All rights reserved.