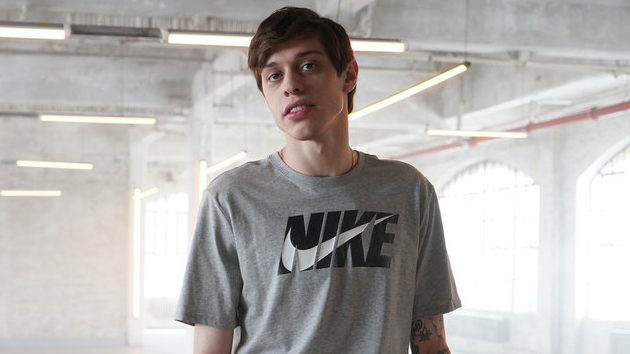 Kailey Fellows/NBC(NEW YORK) — Comedian Pete Davidson is done being silent when it comes to online bullying and abuse.

The Saturday Night Live star, who was previously engaged to Ariana Grande, wrote a lengthy, passionate letter on Instagram Monday, letting people into his world and firing back at online trolls.

"I've kept my mouth shut," he wrote. "Never mentioned any names, never said a word about anyone or anything. I'm trying to understand how when something happens to a guy the whole entire world just trashes him without any facts or frame of reference."

Davidson did not mention Grande, her fans, or anyone by name, but the video for her song, "thank u, next," just came out on Friday — and references their relationship. The duo were engaged in June and broke things off in October.

"Especially in today's climate where everyone loves to be offended and upset it truly is mind boggling," he continued. "I've been getting online bullied and in public by people for 9 months. I've spoken about BPD [personality disorder] and being suicidal publicly only in hopes that it will help bring awareness and help kids like myself who don't want to be on this earth. I just want you guys to know. No matter how hard the internet or anyone tries to make me kill myself. I won't. I'm upset I even have to say this. To all those holding me down and see this for what it is – I see you and I love you."

Later, in an interview with Entertainment Tonight, psychiatrist and media personality, Dr. Drew Pinsky, praised Davidson for writing "an extremely courageous note," noting, "it was extremely spot on, and for a very short message, I thought he delivered a punch."

"God bless him for doing that," added Pinsky.