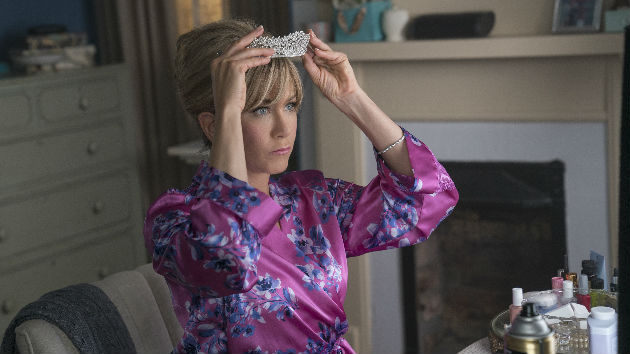 Bob Mahoney / Netflix(AUSTRALIA) — Jennifer Aniston is notoriously private on all matters involving her personal life despite her massive international fame.
The 49-year-old recently offered a glimpse into her troubled relationship with her late mother, Nancy Dow, in an interview with Australia’s The Sunday Times.
While promoting her upcoming Netflix film, Dumplin, the Friends star said her real-life relationship with Dow mirrored her character’s mother-daughter connection. Aniston plays an ex-pageant mother whose plus-size daughter enters a local Texas beauty pageant to make a point about body image and protest conventional beauty standards.

"One of the reasons I really loved the mother-daughter aspect of [the film] was because it was very similar in a way to what my mother, and our relationship, was," Aniston said in the interview. She said she often didn't see eye to eye with her own mother, a model and actress who appeared on The Beverly Hillbillies and The Wild Wild West.

"She was all about presentation and what she looked like and what I looked like,” Aniston said. "I did not come out the model child she'd hoped for and it was something that really resonated with me, this little girl just wanting to be seen and wanting to be loved by a mum who was too occupied with things that didn't quite matter."

Aniston says she's never thought of herself as a "beauty icon" because she didn't grow up being perceived that way. One of the reasons she signed on to the film was because of its positive messages.
"This movie is so special because it is about stripping away those preconceived notions of beauty, trying to become individuals and not feeling that we have to live up to some unrealistic ideal that society is feeding up to us,” she said.