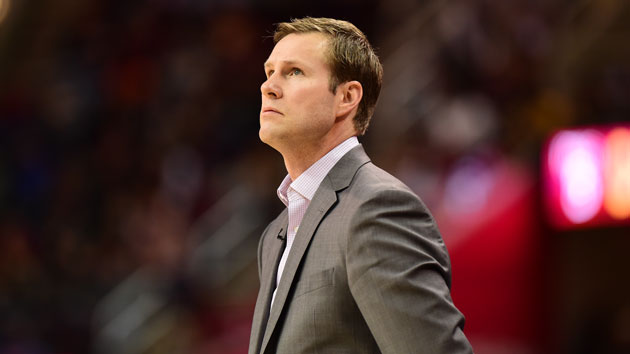 Phil Ellsworth/ESPN Images(NEW YORK) — The Chicago Bulls have fired head coach Fred Hoiberg after a 5-19 start to the season.

Hoiberg coached the team starting in 2015, leading them to a playoff appearance in 2016.

Bulls vice president of basketball operations John Paxson thanked Hoiberg for his time with the team, and insisted the move was not about the team's poor start to the season.

"At media day, [General Manager Gar Forman] and I spoke about how we weren't going to evaluate things based on wins and losses," he told reporters. "This decision was not based on our record."

The Bulls have started the season missing some key players, including starting point guard Kris Dunn and small forward Lauri Markannen who only made his season debut on Dec. 1. Paxson also told reporters the injured players were not an excuse.

"What we're lacking is kind of an energy and spirit about our team and we need to get that back," he said. "It's not as simple as saying we would've gotten that with healthy players, with Lauri coming back, Kris Dunn coming back, Bobby [Portis] coming back. It wasn't going to be that simple."

Assistant coach Jim Boylen has been tapped to replace Hoiberg as head coach on a long term basis, and not just as an interim coach.

"I think it sends a message to the team that they have faith in me," he told reporters. "We're going to try to build this thing from where Fred had it."

Boylen has served with an assistant for several NBA teams, including the Indiana Pacers and the San Antonio Spurs. His only prior head coaching experience was for four seasons at the University of Utah.

Boylen will most likely want to start with improving the team's offense. The Bulls are 28th in points per game with 103.4.