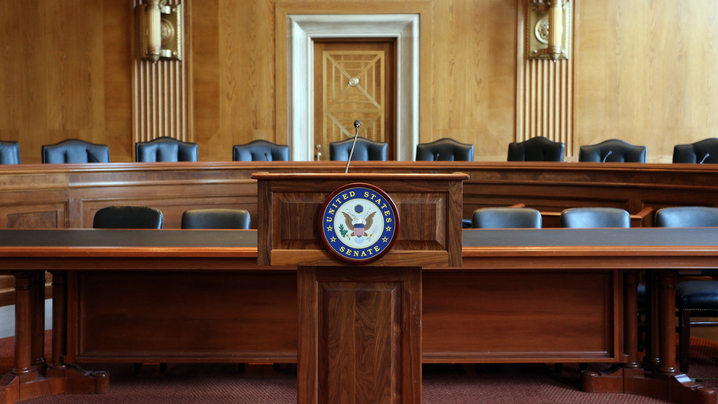 wellesenterprises/iStock(WASHINGTON) — Following a briefing to senators by CIA director Gina Haspel Tuesday on the murder of Washington Post columnist Jamal Khashoggi leading Republicans told reporters that there was "zero question" that Saudi Crown Prince Mohammed bin Salman ordered the brutal murder.
Senate Foreign Relations Chairman Bob Corker, a Tennessee Republican, said "I have zero question in my mind that the Crown Prince MBS ordered the killing, monitored the killing, knew exactly what was happening. Planned it in advanced. If he was in front of a jury he would be convicted in 30 minutes. Guilty," Corker said.
Corker called the Trump administration's claim that there is no direct evidence of the crown prince's involvement "unacceptable."
South Carolina Republican Sen. Lindsey Graham of South Carolina said, "It's not a smoking gun, it's a smoking saw."
Given those comments, it appeared Haspel's briefing would not help the administration win back support for its military aid to the Saudi-led coalition fighting in Yemen, but the fact that it's limited to a smaller group has angered many senators, including Republican allies of President Trump.
Haspel did not attend a classified briefing last week on Yemen and Saudi Arabia. Instead, Secretary of State Mike Pompeo and Defense Secretary James Mattis briefed all 100 senators, urging them to vote down a War Powers Resolution that would pull U.S. support to the coalition, which is powered by the Saudis and the United Arab Emirates and fighting an alliance led by Iranian-aligned Houthi rebels in Yemen. Pompeo and Mattis said U.S. support for that war was vital for national security and they denied that there was any "direct" evidence that the Crown Prince was involved in Khashoggi's killing.
Senators were furious that Haspel did not show, blaming the White House for blocking her. Hours after that briefing, unhappy with the administration's lack of answers and unwavering support for the Saudis despite the murder of Khashoggi, a majority of senators voted to advance that Yemen resolution.
Now, before it comes up for a vote to pass it, the administration dispatched Haspel to provide answers to the Republican chairmen and top Democrats on key national security panels — the Senate's Armed Services, Foreign Relations, and Intelligence Committees and the Foreign Operations Subcommittee of the Appropriations Committee.
It was not clear why the group was limited to eight senators.
"I think it would have been good to have the full Senate," Sen. Bob Corker, a Tennessee Republican who chairs the Foreign Relations Committee, said Monday. Corker voted to advance the Yemen resolution to send a message to the White House and the Saudis, he said last week, but urged the administration to provide answers so that the measure wouldn't ultimately pass.
When asked why it was limited, Corker said, "I don't know."
The CIA declined to comment Tuesday.
But Republican allies of the president who were excluded were quick to cry foul. Sen. Rand Paul, R-Ky., blasted the move as a sign of the "deep state," tweeting, "Why shouldn't every senator know what is going on? The deep state wants to keep everyone in the dark. This is just ridiculous!"
The Senate is likely to take up the Yemen resolution next week, but a vote could come as early as Thursday. While just eight months ago it was voted down, the legislation now has the support of all Democrats and a handful of Republicans, likely giving it enough support to pass. The House blocked a similar bill in mid-November, but when Democrats take control in January, it is expected to be a top priority.
Despite the Saudis' murder of Khashoggi and other aggressive behavior — their bombing campaign in Yemen, the detention of Lebanese Prime Minister Said Hariri, and their blockade of another U.S. ally Qatar — the Trump administration has argued that the Saudis are a critical U.S. partner and a bulwark of stability in the region.
That argument is no longer holding water in the Senate, even among some Senate Republicans. Sen. Lindsey Graham, a South Carolina Republican, wrote an op-ed in Tuesday's Wall Street Journal, saying Crown Prince Mohammed's actions "all show astounding arrogance entitlement, and disregard for international norms."
"Left unchecked, Saudi Arabia's recent behavior will help Iran by driving a wedge between the U.S. and our other Mideast allies. Lebanon, Jordan and others need assurance that America won’t bend to the whims of the crown prince. He is a wrecking ball to U.S.-Saudi relations," he added.