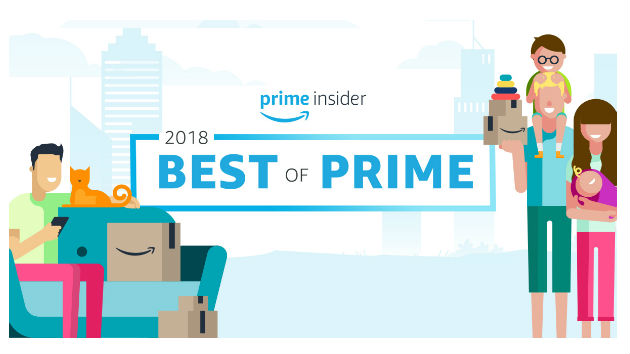 Amazon/BusinessWire(SEATTLE) — It was a good year for entertainment on Amazon Prime. Amazon has revealed its Best of Prime list for 2018, which includes what Prime users were watching and listening to the most.

The Marvelous Mrs. Maisel, which comes back for its second season on Wednesday, was the most awarded original series on Prime. It won eight Emmy Awards this year, more than any comedy series ever has for a single season. It also nabbed two Golden Globe Awards and two Critics’ Choice Awards.

On Amazon Prime Reading, Black Panther was the most popular comic-to-movie adaptation of the year. The top five most borrowed books among Amazon Prime members were Harry Potter and the Sorcerer's Stone, The 7 Habits of Highly Effective People, The Handmaid's Tale, Milk and Honey and Say You're Sorry.

Meanwhile, on Amazon Prime Music, Justin Timberlake was the most-streamed artist of 2018 and his album Man of the Woods was among the most popular releases of the year. The most-requested Amazon Prime Music song via Alexa was "The Middle" by Zedd, Maren Morris & Grey.

The rest of the list can be found online.