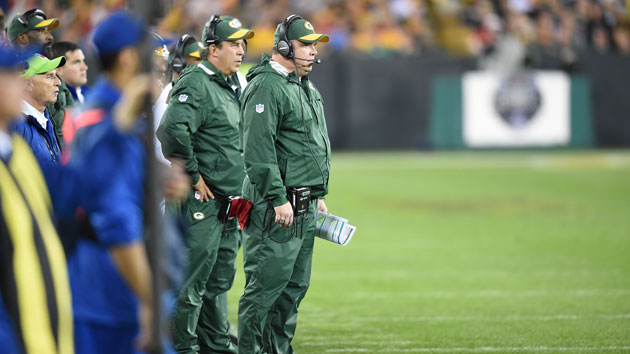 The struggling Packers fell to 4-7-1 after the loss, which all but ensured that they will miss out on the playoffs for the second season in a row.

McCarthy owned a winning record of 125-77-2 during his thirteen seasons with the Packers, the best record by any coach during that span. He also helped lead the team to a Super Bowl win in 2010.

Most notably, McCarthy helped usher in the Aaron Rodgers era in Green Bay, coaching the dynamic quarterback for all of his NFL seasons except for the first. Rodgers racked up several awards for his offensive prowess, winning the league's MVP award in 2011 and 2014.

This season, however, the offense sputtered. Rodgers and the Packers are below average in points per game with only 23.4.

Former Dolphins head coach Joe Philbin will look to inject new life into the offense. He was named the interim head coach while the team begins its search for a long term solution. He has a 24-28 record as a head coach.