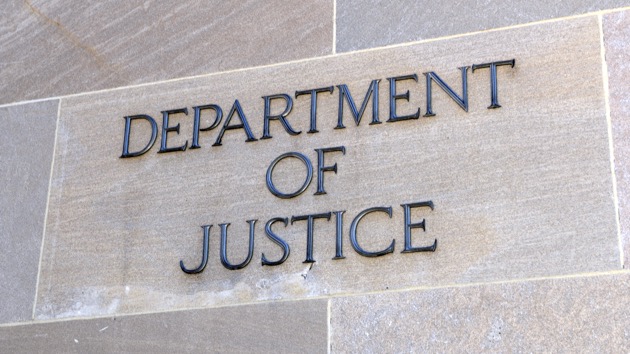 iStock/Thinkstock(WASHINGTON) — Amid anticipation over who President Donald Trump will nominate as his next Attorney General, sources told ABC News that one candidate once high on the list is now out of the running – Alexander Acosta, the current Secretary of Health and Human Services.
One senior Republican outside adviser to the White House and two sources inside the administration told ABC that any possible nomination was sidelined by a recent bombshell report in the Miami Herald alleging how Acosta, as U.S. attorney in Miami, allegedly provided a sweetheart deal to a multi-millionaire serial sex offender. The Herald reported that Acosta worked closely with a former colleague who was representing the businessman, Jeffrey Epstein. In the end, Epstein scored a deal to plead guilty to drastically-reduced charges that the Herald says had the effect of halting an FBI probe into potential sex trafficking by the businessman and other high-powered individuals.
ABC News has not confirmed the allegations outlined in the Miami Herald report. Acosta did not respond to the newspapers' multiple requests for a response.
However, when asked by lawmakers about the Epstein case during his 2017 confirmation hearing, Acosta said "At the end of the day, based on the evidence, professionals within a prosecutor’s office decided that a plea that guarantees someone goes to jail, that guarantees he register [as a sex offender] generally and guarantees other outcomes, is a good thing."
When asked Friday about the matter by ABC News, a Labor Department spokesperson told ABC News in a statement that the issue "has been publicly addressed previously, including during confirmation hearings. The U.S. Attorney’s Office for the Southern District of Florida has defended the actions in this case across three administrations, and the U.S.," The White House didn’t respond to a request for comment.
The hunt for a new attorney general has since slowed down and the list of potential picks has grown longer, sources said. Senate Republicans say they are deeply frustrated and longing for the return of recently-departed White House Counsel Don McGahn who successfully shepherded scores of judicial nominees through the Senate confirmation gauntlet.
Sen. Chuck Grassley, R-Iowa, said he wished a nominee had been “chosen yesterday,” an aide told ABC News. The outgoing chairman of the Judiciary Committee wanted to have a nominee confirmed in the lame duck session before he heads to chair the Finance Committee in January.
“Members are sick and tired of being asked about Whitaker,” one senior Senate GOP aide told ABC News, referring to Trump’s controversial acting Attorney General, Matt Whitaker, who has made disparaging comments about Special Counsel Robert Mueller’s Russia collusion probe and whose past business dealings have raised some eyebrows.
Rachel Brand, who until earlier this year held the number three position at the Department of Justice, is a favorite of many inside the administration and in the Senate, according to the senior GOP adviser. But that source also said Brand, who took a plum job working as an executive at Walmart, was unlikely to want to return to government.
One name that recently surfaced, Makan Delrahim, is seen as easily confirmable. Currently leading the antitrust division at DOJ, Delrahim was widely respected on Capitol Hill as a former senior aide to Sen. Orrin Hatch, R-Utah, before he took a position in the Trump White House Counsel’s office. He was confirmed by a wide bipartisan margin last year.
Other names that sources said are on the growing list include current Arkansas Attorney General Leslie Rutledge and Republican Congressman John Ratcliffe of Texas, while Florida Attorney General Pam Bondi and Texas Senator John Cornyn, a member of Republican leadership, appear to remain contenders.
The outside White House advisor said the president “loves Bondi, but she’s dead on arrival in the Senate” because of a Fortune story several years ago about a reported contribution Trump gave to the Florida attorney general who, soon after, declined to investigate the now-defunct Trump University.
Bondi has denied any wrongdoing.
All three sources and a Senate aide familiar with the matter said Acting Attorney General Whitaker, despite the swirling controversy around him, is still a potential pick.
Though senators are anxious for a nominee now, the GOP adviser noted that one piece of “good news” is that a more conservative crop of freshman senators is poised to take their seats in January, likely resulting in a far easier confirmation process.
Copyright © 2018, ABC Radio. All rights reserved.

Mark Meadows no longer cooperating with Jan. 6 committee, say sources
“She didn’t need any more training. She got me.” — Father of Rust armorer speaks out after fatal set shooting
Instagram rolls out features to protect young users amid mounting controversies
Family pleads with US attorney general for better treatment of Ghislaine Maxwell during trial
Yo, Adrian! We did it! ‘Rocky’ memorabilia knocks ’em out at auction
Check out the brand-new teaser to ‘Spider-Man: Across the Spider-Verse: Part 1’