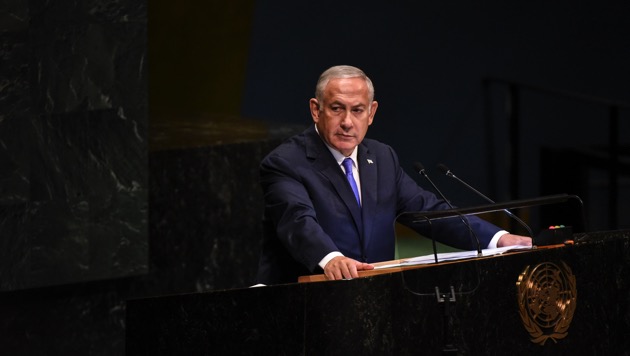 Stephanie Keith/Getty Images(JERUSALEM) — Israeli Police and the Israeli Securities Authority announced the conclusion of a joint investigation into the conduct of Prime Minister Benjamin Netanyahu on Sunday, recommending indictments for both Netanyahu and his wife Sara.
Investigators believe there is sufficient evidence to support the indictment of Netanyahu on counts of bribery, breach of trust and fraud. For his wife Sara, they contend bribery, breach of trust, fraud and obstruction of justice.
The final decision to move forward with the indictment or not will be made by Israeli Attorney General Avichai Mandelblit. If he decides there is enough evidence, Mandelblit will hold a hearing with Netanyahu, and could decide to proceed with a court indictment.
The investigation concluded Sunday focused on a period spanning between 2014 and 2017, when Netanyahu held the office of prime minister as well as the office of minister of communications. Israeli Police and Israel Securities Authority allege that as minister of communications, Netanyahu influenced regulators so that Bezeq, an Israeli telecom company owned by his friend Shaul Elovitch, benefitted financially. In exchange for his intervention, Netanyahu allegedly received favorable news coverage on Walla, a popular Israeli news site owned by Bezeq.
Attorney General Mandelblit is also examining evidence produced by two other investigations into Netanyahu, conducted by Israeli Police and concluded in 2018. The first involves allegations that the prime minister received unlawfully expensive gifts from friends while in office. The second involves allegations that he secretly attempted to negotiate a deal with the publisher of one of Israeli’s daily newspapers in which negative news coverage was reduced in exchange for limiting of the distribution of a rival paper.
Netanyahu issued a statement on Sunday claiming that the police recommendations have no legal standing, and that their publication is not surprising, hinting at the fact that he considers the police investigations have unfairly targeted him.
Netanyahu has claimed in the past that the investigation would produce no results because he had done nothing illegal.
Netanyahu, the second-longest serving Israeli prime minister in the nation’s history, is expecting to hold office until elections in November 2019, but his political coalition has already been strained by the resignation of former Israeli Minister of Defense Avigdor Lieberman on Nov. 14. Lieberman, the head of the Israel Beitenu right wing nationalist party, resigned in protest after the government reached a cease-fire with Hamas, which he termed a “capitulation to terror.”
Netanyahu now heads a fragile coalition on only 61 members of the Knesset, the Israeli parliament, out of a total of 120.
There is no legal consideration at this point to force Netanyahu to resign as prime minister, as he is permitted to hold office until convicted in a court of law.
However, given the fragility of his coalition, as well as potential right-wing backlash to whatever Middle East peace plan that Trump presents in the near future, Netanyahu may face elections a few months ahead of schedule.
Copyright © 2018, ABC Radio. All rights reserved.