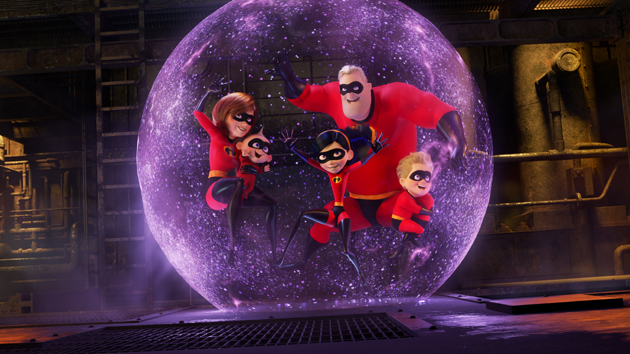 Disney/Pixar(NEW YORK) — The ongoing box office success of Ralph Breaks the Internet and the success of this summer's smash hit Incredibles 2 has made both films the leading nominees at the Annie Awards, recognizing excellence in film and TV animation.

Incredibles 2 earned 11 total nominations, while Ralph Breaks the Internet is right behind, with ten, including nods for both in the Best Animated Feature category. Joining them in that category are Early Man, Isle of Dogs, and the just-released Spider-Man: Into the Spider-Verse.

The Walt Disney Company overall scored a leading 42 nominations, including those earned by Pixar, which Disney owns. On the streaming side, Netflix earned the most nominations, with 26.

The 46th annual Annie Awards winners will be announced at ceremonies on Saturday, Feb. 2, in Los Angeles. You can find the complete list of nominees at AnnieAwards.org.